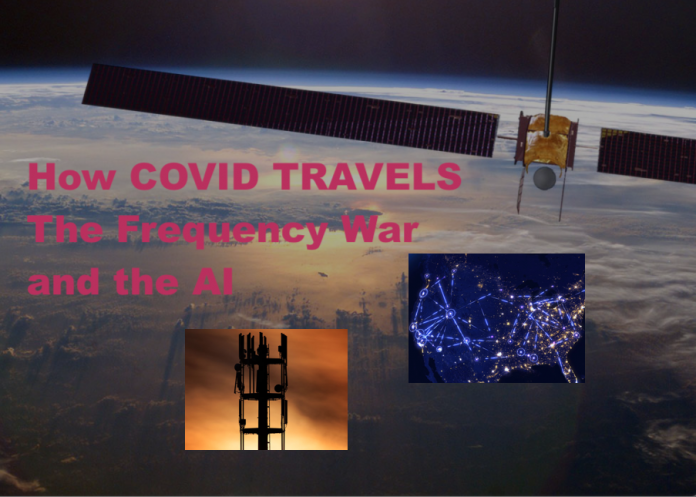 Letter to the world:

…”The central underlying theme of Bohm’s theory is the “unbroken wholeness of the totality of  existence as an undivided flowing movement without borders.” During the early 1980s Bohm developed his theory of the Implicate Order in order to explain the bizarre behavior of subatomic particles–behavior that quantum physicists have not been able to explain. Basically, two subatomic particles that have once interacted can instantaneously “respond to each other’s motions thousands of years later when they are light-years apart.””–Bohm, The Implicate Order

Because Youtube does not censor LIVE SHOWS they only censor after the video has been online following the live show…. I am able to include anything I wish in my interviews. After the LIVE SHOW the shows are now moved to my subscription website where they are only available to subscribers. This protects our freedom of speech. In this way I devised a way to avoid youtube censorship. In the past they were removing videos their censors disagreed with.

As far as the way the so-called virus….travels…

What is it exactly? For example, bat DNA, another animal DNA mixed into a solution that is then administered to humans SOMEHOW… through the air (aerosol) or through the water or injected etc. It seems as though some think this “bioweapon” was then somehow organized by an AI into a packet of waves (frequencies) (scaler waves?) that are sent through and move through a network of IOT (internet of things)  (computers, cell phones, 4G/5G wireless) which then connect to humans via TOUCH with their devices or mentally through AUDIO and MEMES… convincing the humans to become sick. Those frequencies emit radiation which results in Flu-like symptoms in some humans but not all.

The question matters because if they are rapidly working on dispersing by the same process (through WAVES) ACROSS THE NET…And in order to stop a 2nd or 3rd wave, people need to know what they can do.

And in this war against our biology we should be able to create a COUNTER WAVE TO INTERFERE WITH AND SEND THEIR DESTRUCTIVE SOCIAL PROGRAMMING MEMES back at them (or back at the initiating AI). This would presuppose there is a CENTRALIZED POINT (such as the Wuhan lab) that is initiating this WAVE.  We can do this through meditation and force of will.

Google/Youtube have taken down/deleted a number of my videos and those of others as well so it is by no means the first time they have done such a thing. You are not alone.

We know it is the RADIATION that creates the response in humans (flu-like symptoms) and that the frequencies emitted by devices and wireless…the electronic smog — acid rain which contains nano, various metals and other chemicals further act to degenerate cells etc.

This electronic soup we have been living in has been a constant now for a number of years. However, the release of this bioweapon and distribution (via AI using the IOT) must be DIRECTED by someone or something that is programmed to attack. I suppose, for example, Cyrus Parsa would think the AI is directed by the Communist Chinese from a central point within China or via a satellite network they control. If this is the case, then Trump and team should be engaged in disabling those satellites using our own satellites and scaler waves directed to again interfere with and send back to them their own destructive frequencies. In essence this is a frequency war….

Masks, social distancing, closing borders are all powerless against this….

If this COVID19 (is simply a frequency) created in a petrie dish then translated into a series of frequencies (via code, or quantum code, also see Dwave machines) is then sent out along the network it can be directed. Therefore this would explain how they are escalating deaths in certain countries and cities even as we speak. Further adding to this of course is the distortion in the Press who are given inaccurate deaths and inaccurate attribution of the causes of death… purposefully distorting the real story. In other words old people are dying of other real causes further escalated by the addition of the COVID FREQUENCIES (radiation). So this is the question, how are they targeting certain countries and cities?

Note:  If the bioweapon is simply a misdirect and it’s just a computer program sent out via scaler waves around the globe to targeted areas the point still remains.

My efforts are to help people understand what is happening so they can do something about it.

The point here is also that any so-called 2nd or 3rd wave will be man-made and intentional on the part of the dark side that has continued the false narrative involving the contagion model, virus theory and illogical lockdown of healthy people WORDWIDE in order to set the scene for a financial reset and expand their control.  The population reduction objective appears to have fallen short of their designs and so far been no stronger than the common flu and no where near those attributed to CANCER for example.

Regarding travel — abroad… For those who have voiced their concern that America may close its borders:  Many countries are now opening their borders to travelers. U.S. citizens are able to fly to other countries. There is no reason to think they won’t admit them back to the U.S. on their return flights. Yes the lockdown hysteria continues in states run by illuminati controlled despotic governors such as Florida and California but I don’t believe they will be able to stop U.S. citizens from returning from summer travel.  See links below…

HUMANITY WAS BITTEN BY A RADIOACTIVE SPIDER –spiderman

IT’S ALL ABOUT RADIATION…

FROM AN UNDISCLOSED SOURCE:   EFFECTS OF OF NON-IONIZING RADIATION –  megakaryocytes

A megakaryocyte (mega- + karyo- + -cyte, “large-nucleus cell”) is a large bone marrow cell with a lobated nucleus responsible for the production of blood thrombocytes (platelets), which are necessary for normal blood clotting.

These are being found where they should not be found upon autopsy.

Here is a CIA document linking electromagnetic frequency to megakaryocytes.

This must be shared.]–an undisclosed source


For source material see work of Dr. Robert Young, Cyrus Parsa, many excellent alternative and mainstream doctors and others.  Most of the links can be found in my interviews and my News U Commentary section:

What Causes Oxygen Deprivation of the Blood(DIC) and Then Lungs(SARS – CoV 2 & 12)?

What Are the Major Contributing Factors or the Causes for Pathological Blood Coagulation or Disseminated Intravascular Coagulation (DIC) and Then Severe Acute Respiratory Syndrome/Coronavirus (SARS-CoV)?

Just How Much Convincing Does Everyone Need?