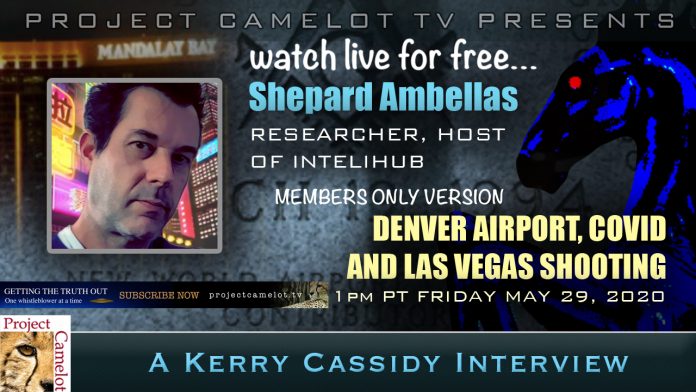 This content is only available to Project Camelot members.

BROADCAST LIVE FOR FREE ON FRIDAY MAY 29TH. SHOW COMPLETE.  AVAILABLE NOW FOR MEMBERS ONLY.

Bio:  Shepard Ambellas is an opinion journalist, analyst, political pundit, and the founder and editor-in-chief of Intellihub News & Politics (Intellihub.com). Shepard is also known for producing Shade: The Motion Picture (2013) and appearing on Travel Channel’s America Declassified (2013). Shepard is a contributor to Alex Jones’ Infowars platform and is also a regular on Coast To Coast AM with George Noory.

Become a Project Camelot Member today and gain access to over 800 above top secret videos and blogs!