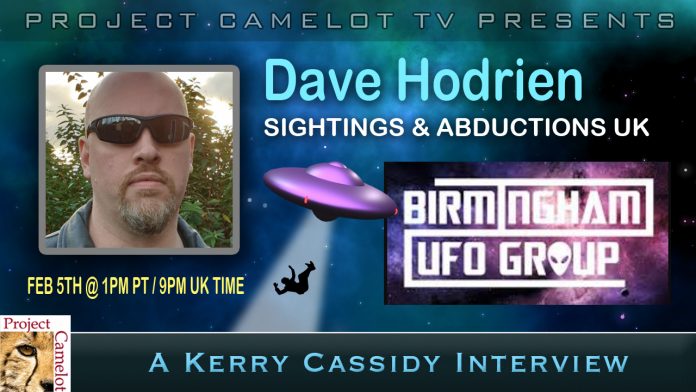 My guest is Dave Hodrien Chairman and lead investigator for Birmingham UFO Group, and a regular contributor to UFO Truth Magazine.  Website:  www.bufog.com/

Dave Hodrien is the Chairman and lead investigator for Birmingham UFO Group, and a regular contributor to UFO Truth Magazine. He has appeared on television and radio numerous times, and previously written for Paranormal Magazine and UFO Matrix. He has spoken at many well-known conferences and groups, and even given educational classes on UFO investigation. BUFOG has been running since late 2007 and has grown from strength-to-strength into one of the UK’s most active and highly regarded UFO organizations. Since its inception, Dave has directly investigated over 1000 UFO sightings and over 250 contact cases from around the world. He believes that the evidence available points towards regular interaction between numerous intelligent extra-terrestrial species and the human race.