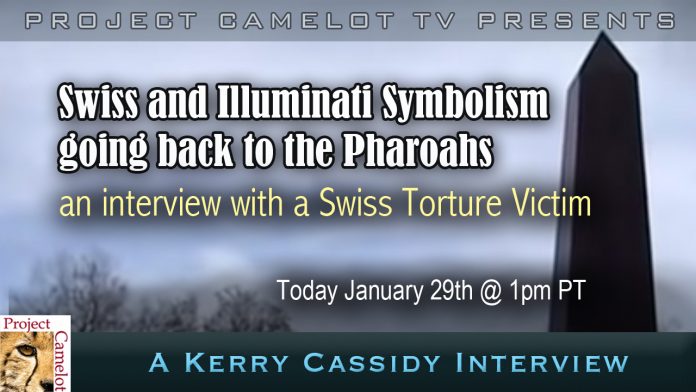 I interview Sean a researcher who specializes in symbolism of the illuminati and the Swiss with a focus on Egyptian roots.

Sean Hross:  his channels are Giureh, Chatzefratz, HomieLand Sickurity and Central Intelligence Agency. Start with watching Sean’s video “The Swiss Beast – Home of the Devil” to get an overall idea on the topic.

From Sean:  “Many of my films have disappeared already because of Fucktube’s censorship amongst which about 30 two hour documentaries with all the proofs! And over two extensive house searches Octogon stole all my hard discs, dvd’s, back ups, computers, cameras, usb sticks, etc.”