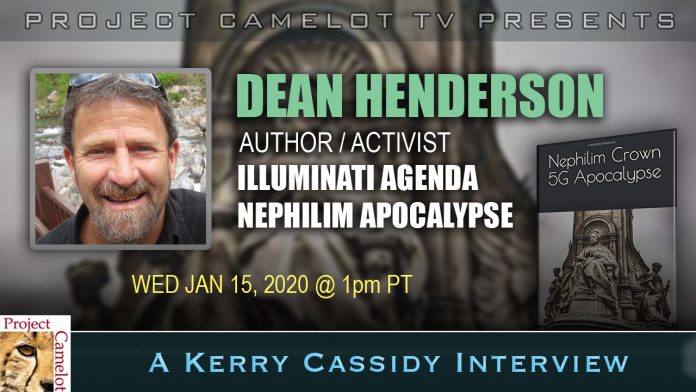 ABOUT THE  AUTHOR — FROM DEAN HENDERSON BIO

Dean Henderson was born in Faulkton, South Dakota. He earned a BLS at the University of South Dakota and an MS in Environmental Studies from the University of Montana where he edited The Missoula Paper and was a columnist for the Montana Kaimin. His articles have appeared in Multinational Monitor, In These Times, Paranoia and hundreds of online websites and magazines.

A life-long activist and traveler to over 50 countries, Henderson appears regularly as a political analyst for Iran’s Press TV, RT, Russian Channel 1, The Syria Times, Rense Radio,Tactical Talk with Zain Khan and The Richie Allen Show. In June 2018, Dean spoke at New York City’s  Deep Truth conference where he delivered a speech titled, “All Roads Lead to the City of London” as part of a panel named Confronting Oligarchy: Resisting Full Spectrum Dominance.

Dean and his wife Jill live in the Missouri Ozarks where the rivers run clear, the water tastes sweet, and the air is clean. They operate and live on a small organic vegetable farm, burn wood for heat, and gather wild berries, mushrooms, fruits and nuts. They don’t work slave wage jobs and buy very little, living a simple and rich life.

Subscribe free to Dean’s weekly column and interviews at

Big Oil & Their Bankers in the Persian Gulf

An internationally acclaimed best-seller that started the recent conversation about who really runs the world, Big Oil… exposes a centuries-old cabal of global oligarchs that control the global economy through manipulation of the world’s central banks via the planet’s three most valuable commodities: oil, guns and drugs.

Stickin’ It to the Matrix

Stickin’ it to the Matrix is this generation’s version of Abbie Hoffman’s Steal This Book. Funny and irreverent, it is above all a practical step-by-step guide to both escaping and extracting from the matrix. In Stickin’ it to the Matrix, Henderson offers the reader the same insights that allowed him to “retire” at age 28, move to the country and author this and other books.

The Federal Reserve Cartel is a brief, well-documented history of the Eight Families who control the world’s private central banks and most of the planet’s resources.

Covering fifty countries on six continents over a twenty-year span, Henderson asks the hard social, political and economic questions while vagabonding his way around the world. Invoking the wit and humor of Twain and the curiosity of Kerouac, Henderson discovers himself, humanity and revolutionary politics through prolonged contact with God’s chosen people – The Grateful Unrich.

The Luciferian Plan to Destroy Creation

This is the story of the age- old battle between Good and Evil beginning with the Luciferian perpetrators, tracing their origins to ancient Sumeria and tracking their hegemony over mankind through Babylon, Egypt, the Holy Roman Empire and their modern-day Masonic lair: The City of London. Here, the Illuminati’s Agenda 21  quietly unfolds in an insidious creep towards global fascism and a New World Secular Order, which threatens to strip us of our humanity, replace us with machines, and destroy all Creation.

Nephilim Crown 5G Apocalypse is an indictment of the computer revolution as the latest mechanism through which royal bloodline families seek to control humanity. The roll out of their battlefield 5G weapons system represents the pinnacle in their use of  electromagnetic frequencies to literally remote control their human herd. Since their intervention in Sumeria, these hybrid fallen angel Nephilim have usurped, steered, and plundered all of Creation as self-appointed god kings. The coming 5G apocalypse represents a great unveiling of not only their nefarious 5G deception, but of the fraudulent Nephilim Crown itself.

Stickin It to the Matrix