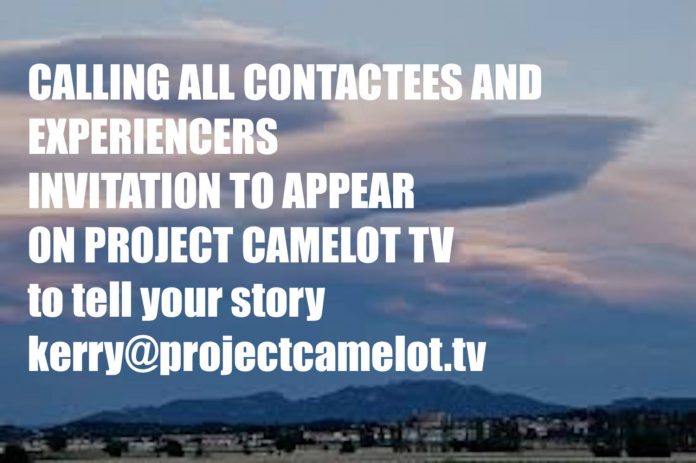 This message is for those who are well known as well as totally unknown witnesses… If you want to be on my show to tell your story (including paranormal experiences of any kind) send me an email:  kerry@projectcamelot.tv