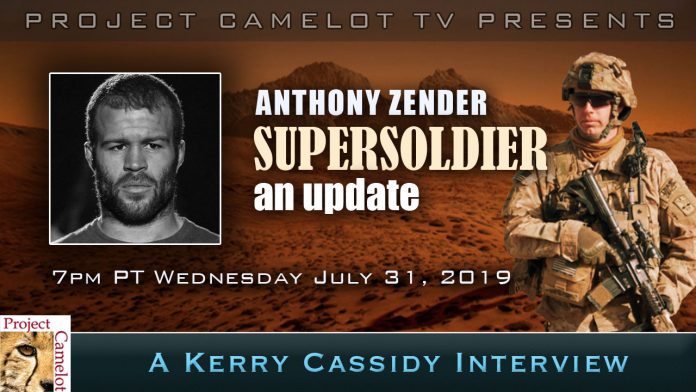 Bio:   Anthony Zender is A Veteran of the United States Marine Corps. After an honorable discharge from the Marines in 2007, he then found out that he was a Military Abductee in the Secret Space Program. For 10 years now Anthony has been going through what would be classified as a total recall of his time and service in the Unacknowledged Access Programs. At 6 years old he was taken to a Deep Underground Military base as part of a covert operation named Operation Greenstar which was a CIA operation that is conducted to kidnap children with certain genetic traits to take them to Deep Underground Military Bases and to train them to be soldiers in the breakaway civilization and to be utilized as assets in a temporal Extra-Terrestrial War. Currently, Anthony is a supersoldier in the Earth Defense Force which is the Military-Industrial Secret Space Program that is ran by the United States Air Force.