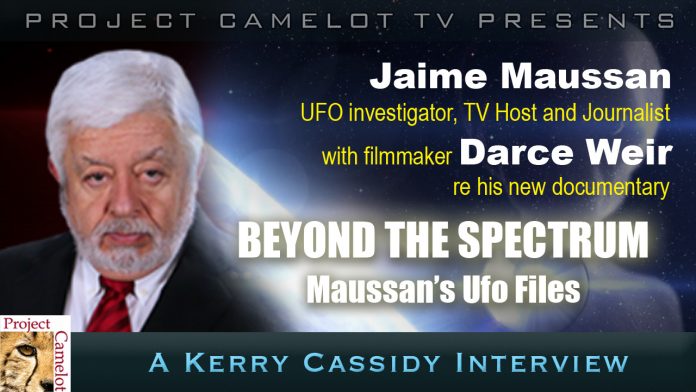 I will talk with Jaime about his excellent work spanning many years and specifically about the documentary MAUSSAN’S UFO FILES produced and filmed by Darce Weir showcasing Jaime’s work.  Jaime Maussan has been filming hundreds of UFOs and investigated famous cases such as the NAZCA Aliens… Proving the reality of it all to the people in Latin and South America for decades.  What the U.S. government doesn’t want you to know!

Also, see the TV show (with subtitles) now on Netflix: