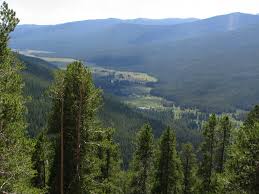 Re: ‘Cal’, a Project Camelot witness, and close friend of Alex Collier, has passed from this life

Hi Bill and all,
Thank you for the mention of our friend CAL who was very dedicated to Camelot and considered himself an Andromedan. I pray he is on a safe journey and his pain has passed. His real name and details must remain secret for now. Suffice to say he knew a great deal about the financial world and was working to bring change to the Planet. He is much loved and will be missed. His passing came about relatively quickly if I understand it since he became quite ill in January of this year and he was somewhere in his late sixties. We had not been in recent touch but our bond was strong and we stayed with him and his lovely wife in Colorado quite a few years ago. I do feel had I known sooner we could have healed him and kept him around for longer but each soul chooses its time. Love and blessings, Kerry

Addedum:   I wrote the following to Bill then realized perhaps people would like to hear this as well:
It was quite stunning that I managed to connect with him from London and his wife (I won’t say her name here) held the phone to him and I could hear him struggling to talk to me and could feel he became quite agitated as if he had very desperately been trying to reach me. It sounded like he was deep underwater and nothing he said was intelligible. But I got a very strong feeling that it meant a great deal to him to hear my voice and know I cared.  I understand he passed on 10 minutes after my call.

I have to thank Alex Collier for his kind efforts to connect me with Cal’s lovely wife, who was very welcoming to me and my efforts to suggest contacting the healers in our audience. I feel sure had I known sooner he would have made it through for longer…