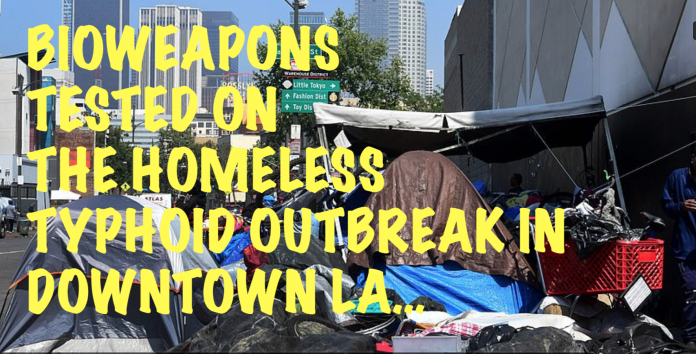 Re outbreak of Typhoid virus in downtown LA

…”The first half of the book also told the story of a man-made virus which sweeps America and the world, wiping out ninety-nine percent of the human race and utterly destroying our technology-based culture.”—Stephen/King/. From his novelSTAND….HENRY DEACON TALKED ABOUT THEIR PLANS TO DO THIS

Nearly 14 years ago you can/appreciate that the FIRST THING PEOPLE will do is. Want vaccinations…this is only the first step….once people demand vaccines is when they really weaponize viruses big time you see the progression.