Subject: VICTORY FOR FREEDOM OF THE PRESS

I thought you might like to hear that this morning the Youtube AI took down my interview from 2016 about the Zapruder footage on the Kennedy Assassination with Dr. James Fetzer and Mike Sparks and I appealed it and the humans at Youtube reinstated it!!!  Victory for freedom of the press!!  Looks like the Youtube AI is proving itself to be unstable LOL 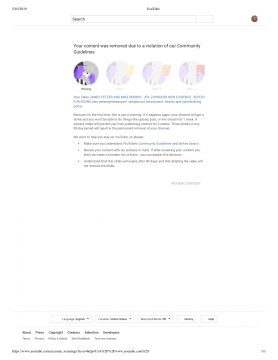 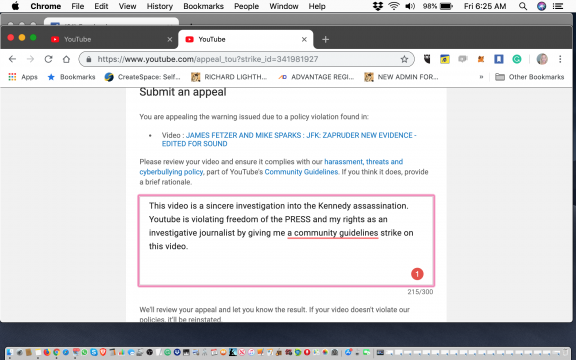