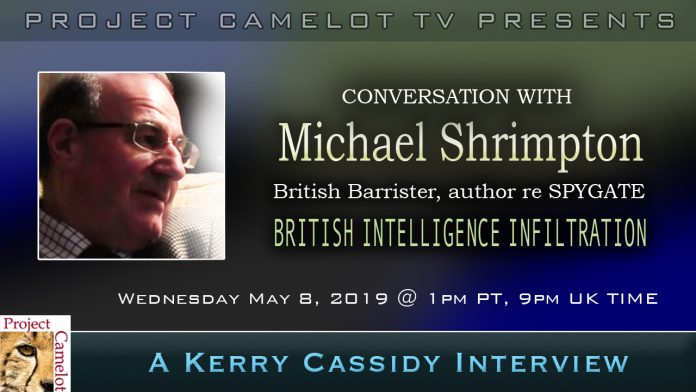 I interview Michael Shrimpton, Barrister, a columnist for Veterans Today and author.

Bio:  Michael Shrimpton is a barrister, currently suspended of course, called to the Bar in London in 1983. He is a specialist in National Security and Constitutional Law, Strategic Intelligence and Counterterrorism. He has wide-ranging connections both in Western Intelligence agencies and amongst ex-Soviet Bloc agencies. The late Generaloberst Markus Wolf, of the Stasi and DVD, was one of his contacts. Michael has earned respect in the intelligence community for his analysis of previously unacknowledged post-WWII covert operations against the West by the German DVD organization based in Dachau, near Munich, Germany, and Germany’s British, French and American client agencies. These continue to the present day, as politicians and the media are too nervous of standing up to them.