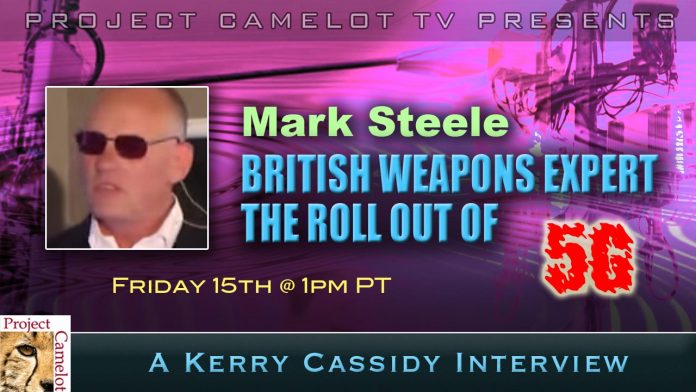 FRIDAY FEB 15TH @ 1PM PT — my Guest is Mark Steele a weapons expert who states that 5G is a weapon system.

Gateshead Council are seeking to get Mark Steele JAILED for asking persistent questions about the 5G Roll-out in his home town … but each and every resident in Communities across the UK and the West need to be demanding answers from their elected representatives! 5G is scheduled to be rolled out across the UK and much of the so-called ‘Developed World’ in 2020 …

Few people are aware of the impact that this will have on EVERY SINGLE ONE OF US!! Mark Steele addresses the potential damage to business and the economy from the paradigm shift in current technological developments; with particular regard to the lack of established standards that have evolved into unregulated 5G. He explores the lack of critical scientific discourse on weapon systems; ubiquitous introduction and the ability of such weapon systems to damage real innovation, real business opportunity and the potential impact upon the future economic viability of the West.