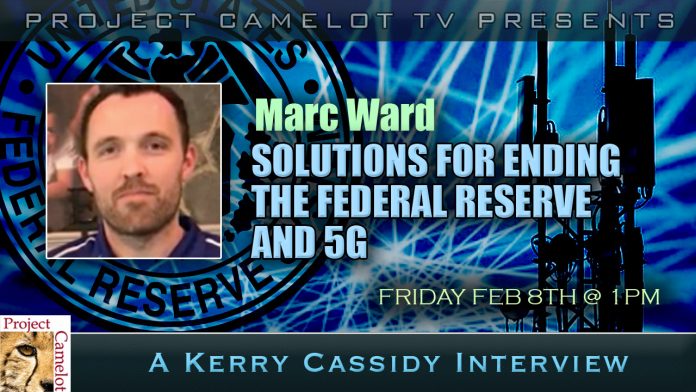 I will talk with Marc Ward, FRIDAY @ 1PM PT.  He is a Captain in the Air Force Reserves, data scientist and futurist with solutions for ending the Federal Reserve and 5G.

“Marc is a Captain in the United States Air Force inactive reserves and a graduate from the United States Air Force Academy. He earned a masters of science in Operations Research with concentrations in simulation and applied statistics. He is a Data Scientist who critiqued every model document at USAA and an entrepreneur who has created the solution to replace the federal reserve system, coined the North American Transaction System.

Based upon his mathematical accreditation of the current debt currency financial system and his oath to defend the United States Constitution he seeks to make the banking cartel’s “usd” currency illegal and void to payback using Amendment 14.4 given the federal reserve act created an active insurrection against the Constitution.

He is happily married to his wife, Cat, who also graduated from USAFA. Together they have four children under 10. Cat introduces Marc in this video: www.youtube.com/watch?v=dTMqn98-lGk

Marc is an analytical futurist who seeks to implement solutions to the problems we all face. He proposes a nationwide strike against AT&T and Verizon for their proposed deployment of 5g small cell towers in the backyards of family homes.

He has theorized a new clause to Metcalfe’s Law (Ward’s Clause), designed the new monetary system where money & currency is held in Trust for the users/beneficiaries, created a decentralized coded escrow contract to enable electronic transfer of non-taxable dollars of silver, envisions a new auction technique that reverses the delivery of currency and value to the participants, and developed a new psychology warfare strategy to ‘Destroy the Federal Reserve’ called ‘Applied Gematria.’