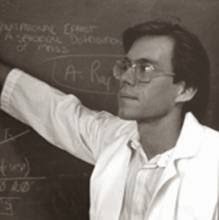 A REVIEW OF THE DOCUMENTARY BY JEREMY CORBELL AND PREMIERE SCREENING IN DOWNTOWN LOS ANGELES, DECEMBER 4, 2018

I was at the premiere last night of the Jeremy Corbell documentary about Bob Lazar.  The auditorium (from the 1930s located in downtown Los Angeles), a renovated very bizarre building architecturally contains a hotel, restaurant, and adjacent theater and was a historically significant location to hold such an event with seating for 1600.  It does appear that the event was sold out!  We could barely find a seat.

What struck me from the outset was the ENERGY OF THE CROWD.  They were passionate and focused.  Everyone was there NOT FOR JEREMY OR HIS MOVIE but instead to support BOB LAZAR and the real truth of his story.  In essence, disclosure, revealing the ALIEN presence and visitation to Planet Earth.  We were all there to support the acknowledgment of that.  As it happened, in the vehicle that happened to be a film about the life and struggle of Bob Lazar to tell the truth about working in an above top secret facility on alien technology.

It was all about the alien presence.  What was papable was the energy the near hysterical energy in the crowd.  They were not having any B.S. …no halfway measures no mainstream double-speak.  They wanted the TRUTH TO OUT and they wanted it NOW.  I believe this is the reason that Jeremy wouldn’t let this crowd ask questions.  He silenced them.  He threatened them when they tried to speak out.  Their enthusiasm was deafening!  They were not going to stand by for less than the Truth.  They were there for Bob.  For the truth he had told all those years ago.   To stand by him and with him.  It was papable.

They were, I could feel it, on the verge of rioting.  One wrong move and they would.  This is a revolution.  And the powers-that-be know it.

I believe it was something put into the air ducts or a scaler type weapon shot at the crowd at the location.  Whatever it was probably was supposed to subdue the energy of the people.

It was clear from the outset of the Q&A that Jeremy Corbell had no intention of taking questions from the crowd.  In spite of the fact that we had all come from a distance away and paid good money to be there, in person.  Instead, he took questions from his cell phone, from Instagram or twitter… and from people, he said he knew like his “brother”… What was striking is that during the film the fact that Bob Lazar was no longer sure he had “seen an alien” and on stage he was asked about seeing an alien “cadaver” but they immediately clarified, as if anticipating the question in the minds of the audience, that the cadaver he had seen was a PHOTOGRAPH IN A BRIEFING DOCUMENT.  Nevermind, that years before in the famous Project Camelot video interview with his close friend John Lear, John had related in spell-binding detail how Bob had come to him one night and said the famous words, “John, you’ll never know what it’s like to see your first alien.”

Suddenly there on stage, Bob admitted he could no longer remember seeing his first alien.  He wasn’t sure what he had seen.  And what’s more.  All he cared about was getting the truth out about the technology.  The aliens could wait.  But the technology, Bob felt, could save humanity.

As it happens the aliens can’t wait and they haven’t.  Not in all these years.  They have been abducting and eating humans and using them in a genetic engineering program since at least the 1940s and probably for much longer.  They made a deal with Eisenhower.  This is known.  Humans in exchange for technology.  A dirty deal.  And in the process, those they allow to live are programmed not to focus on the aliens themselves.  Like children, they are dazzled only by the technology.  Their minds are erased and they do not remember.  Except for a significant few.

They prefer for us to think only of the technology. And what it could mean for humanity.  Zero point energy, energy from the vacuum.  Enough energy to fuel every home or need on the planet for worlds to come.  That is all that matters.  According to Bob Lazar.  And according to his masters.

But it’s not enough.  The people have awakened.  They were there that night in mass.  They are awake and they aren’t going to stand for it.  They will demand greater and greater degrees of truth.  And soon, they will, like the Parisians, no longer stand for the lies.  And of course, those in power know this.  Which is why they are dragging out their dog and pony show we call disclosure.  And it time, truth will out.  And given a bit of help from ourselves and our ‘friends’ both human and alien, we will get the real truth out in the midst of their half-truths.  Like when John Lear said on my show this afternoon.  Look, they planned it all along.  They knew they would need someone, someone to take the fall when the humans started waking up and demanding to know the truth.  They would need a guy, like Bob Lazar.  Talented and educated with all the right knowledge who was also a rebel at heart.  Who would have done things to rebel in his past and would continue to do things, outside the box of conventionality.  So they could disinfo and discredit him if necessary.  So no one would believe him. So they could avoid telling the whole truth about the alien presence. Regardless of the leaks.

But what they didn’t bargain on was us.  The people.  No Jeremy not their extraordinary  “beliefs” but their extraordinary knowing that would come to the fore at a time when those in power decided to trot out their version of disclosure while all the while trying to spin away from the real hard and dirty truths.  They didn’t bargain on the emotional intelligence of the masses.  Or of the crowd that night in downtown LA. They were on the verge of something that not even those in power had anticipated or could handle.  And no, Jeremy it is not about you or your filmmaking which only succeeded in pissing a lot of people off for what it promised but never delivered.  It as all about an American HERO and a soldier for TRUTH.  And we are here for him.  And we know who he is and what he has done for humanity.  And we will not forget.  We will remember.

JOHN LEAR was my guest. he talks about BOB LAZAR SEEING HIS FIRST ALIEN… he remembers!  Welcome to the HAPPY BIRTHDAY SHOW WITH JOHN LEAR

..”YOU’LL NEVER KNOW WHAT IT’S LIKE TO SEE YOUR FIRST ALIEN”— BOB LAZAR TO JOHN LEAR see FLYING INTO THE SUN THE FIRST PROJECT CAMELOT INTERVIEW WITH JOHN LEAR filmed 2007.

“What you saw him, he was alive?”—John Lear

“And he told me the circumstances…”