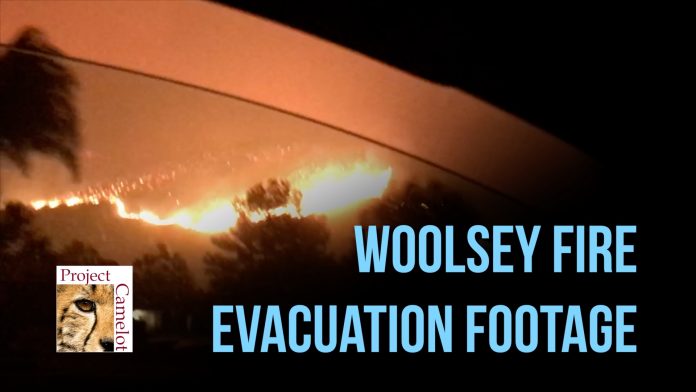 Video Footage of the fires while we witnessed first-hand while being evacuated along with two LIVE SHOWS on Youtube regarding the California fires and what was really going on behind the scenes.

Our apartment and indeed the portion of the city I am in was not affected except for some of the surrounding hillsides which did burn but most of the specific city was virtually untouched!  I am careful in disclosing my exact location for obvious reasons.  The fire did come very close and our footage demonstrates this (see below).  In addition, I did two shows about the fires.
In my view, the fires were very purposeful and they saved exactly what they determined they would save and burned what they chose.
It’s uncanny how the fire literally morphed skipping over large amounts of land and houses then rematerialized in other specific areas… This was orchestrated very carefully.
There is a ‘war with aliens’ side to this and again having one year ago a similar scenario in both Northern California and Southern California burn at EXACTLY THE SAME TIME with no obvious connection (except the connection related to the intention of the perpetrators and ET portal war…). Also reported on by Captain Mark Richards in my Interview Nine with him several months ago.
And again this year both Northern and Southern California burned.  In 2017 the two areas were the Napa/Sonoma area in the North and the Santa Barbara /Ventura areas in the South.  This year it was the Malibu/Thousand Oaks area in the South and the Chico-Paradise area of the North.
Very interesting and revealing of motive and purpose behind it all.