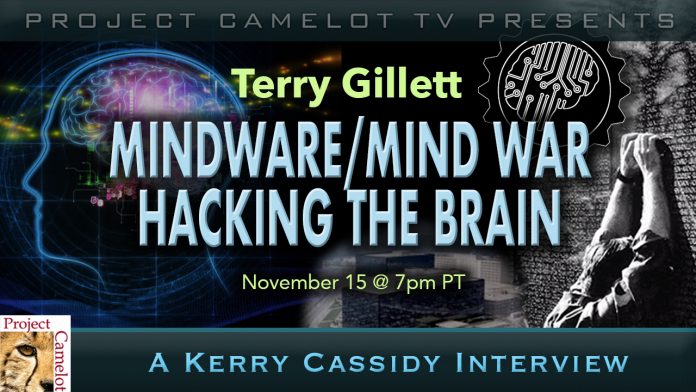 I interviewed Terry Gillett regarding Mindware:  open source mind control — getting into the hands of the general public, corporations including wider use within government (and secret gov) operations…

…”My hypothesis as to how someone from the general public a normal run of the mill person who isn’t a government or corporate employee. Might build a mindware device for the purposes of messing with human consciousness and channel it on a specific unencrypted digital radio band with smaller peripheral devices that are made with Arduino and Raspberry Pi computer hobby boards that connect remotely to mindware systems via secure shell.”–Terry Gillett

…”Yes this really does exist and my concerns as a security researcher about this technology falling into the wrong hands is of a great concern like most other things. Because mind control programs are usually a government thing and to see this stuff for the first time being used by the general public. Has me wondering if indeed there is two types of mind control one operated by the government and one by the public that exists with extensive easy to access technology that anyone can buy from anywhere like adafruit industries to digikey. Plus the number of collaborative communities online that people can share their ideas for these DIY mind control devices. But the other thing that I have covered on here before is the exploitation by the bad guys with similar technologies that could be used to enhance the reach of these DIY mind control technologies giving the bad guys the ability to control the minds of their enemies.”—Terry Gillett