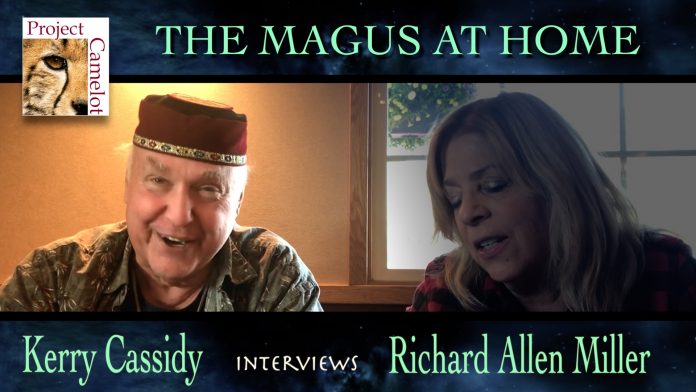 We had the golden opportunity, this summer, to visit Dr. Richard Alan Miller at home after years of invitations to do so. Richard Alan Miller is our good friend and a delightful magical man of many talents. We are very pleased to bring you this rare glimpse into the private world of the Magus At Home.

PLEASE BUY HIS BOOKS AND DONATE TO HIS WORK HERE:

Bio: “Richard Alan Miller has a long and extensive resume in the fields of Physics, Metaphysics and Agriculture. Here are just some of the highlights from his very rich and varied resume – from solid state physics to states of consciousness and much in between…

He’s been involved in research and projects – many at top secret level – that have formed the basis of several modern-day scientific inventions. Miller’s research in the field of paranormal began as a graduate physicist working 11 years with Navy Intel (Anesthesiology). His work includes foundational papers on A Holographic Concept of Reality and Embryonic Holography and work with microwaves and synthetic telepathy. He was used as Timothy Leary’s experimental guinea pig to see what the effects of LSD were when taken by a Mensa level genius.”—richardalanmiller.com