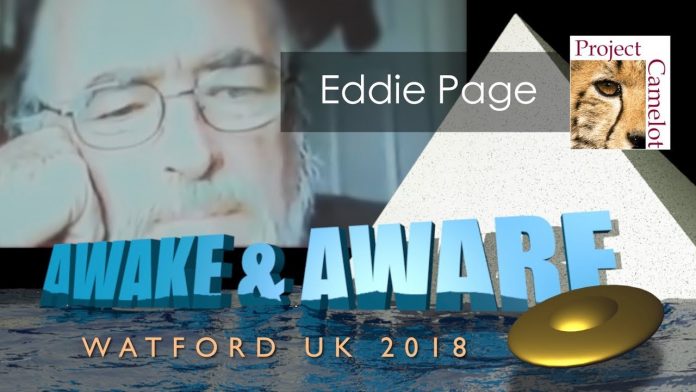 I interview Eddie live (he is on skype) at my conference.  We talk about his past, who he is and what he sees coming in the future.

Eddie Page claims he is one of 33 children brought here from the Pleiades and born to human mothers…He says he is here to warn us about:

1.  A Draco invasion that his group will protect us from …

2.  Yellowstone Super volcano erupting and causing chaos in the US

3.  Another Phoenix Lights type event that he is orchestrating or involved with that his group is going to do sometime soon — set to happen in Roswell.

5. An invasion and takeover of America by the Chinese.

6.  New Madrid Fault Earthquake splits the U.S. in half.

7.  The return of Nibiru

He alludes to having powers and there is an undercurrent of the punishment theme (that is part of the Bible and the Jewish concept of Jehovah as a vindictive (but loving) god or Father.

He does not know of the beings from Aldebaran but calls them by another name and says they are a break-off group from the Pleiades.  He and the other 32 children that came here say they are not part of that group, however.

His “Father” is who the Bible calls “God” and is the same being as Thor who visited the Pentagon (mistakenly said to be from Venus)… His Father is simply one of the Council of Elders running a certain portion of the planets (but not all) of the Pleiades according to his testimony.  For what it’s worth this being he calls Father does not lay claim to the name “God”.

As a child of around 10, he accurately predicted the assassination of President Kennedy and later 911 among other things.

I am trying to find out his relationship (his group) to Bill Meier (he says he is not related and the Meier info may be disinfo) and the group William Tompkins says aided our secret space program.

More investigation of this fascinating case is ongoing!

SPECIAL NOTE:  I am going to be publishing a lot of material and documents from Eddie Page in a special section soon…