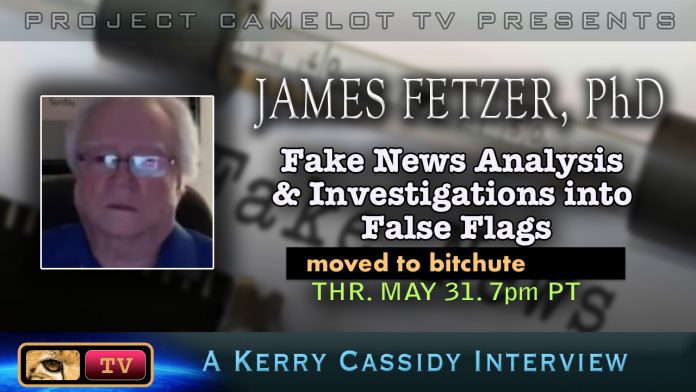 My interview with James Fetzer, PhD, recorded on my PCTV Network Youtube Channel live is now posted on BITCHUTE:

Posted on Bitchute due to the lack of freedom of the press and freedom of speech on Youtube. Enjoy!
False Flags: Diagnosing, Explaining and Predicting” examples from Sandy Hook, the Boston bombing, Orlando, Las Vegas, Parkland and more.
Jim Fetzer, Ph.D., is a former Marine Corps officer and McKnight Professor Emeritus on the Duluth Campus of the University of Minnesota, author and editor of jamesfetzer.blogspot.com and co-editor of moonrockbooks.com.