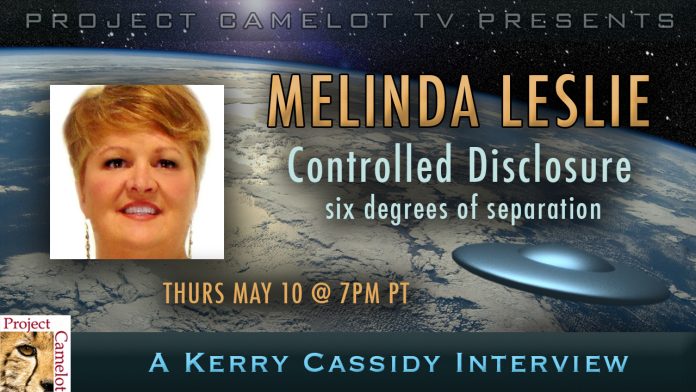 Due to Youtube not working again I was forced to use Facebook to record this interview.  This interview will be uploaded shortly to my ALTERNATE Youtube Channel because I am no longer able to add videos to my main channel due to receiving a 2nd strike against me for interviewing Dr. James Fetzer re false flag state sponsored terrorist events.

Melinda Leslie researches how covert human agencies are reverse-engineering extraterrestrial abductees for information to be used in both extraterrestrial (ET) technology and covert-ops personnel development programs.  She investigates how the “official management” of ET information includes the monitoring, re-abduction, interrogation, and recruitment of alien abductees into covert programs, equating it to just as covert or black-ops military personnel gather and reverse-engineer ET craft, they also gather and reverse-engineer the abductees.  Also called MILABs (military abductions) these experiences are abundant with evidence and also serve to demonstrate some of the implications for an official UFO Disclosure and the truth behind the Secret Space Program. Melinda has documented detailed accounts of covert human agency abduction experiences and the covert-ops’ attempt to learn the ET’s technology, motives, abductee genetics and psi (paranormal or psychic) abilities through these events.  Melinda’s lectures on the subject always include startling new developments, hard evidence, and detailed experiences never shared before.