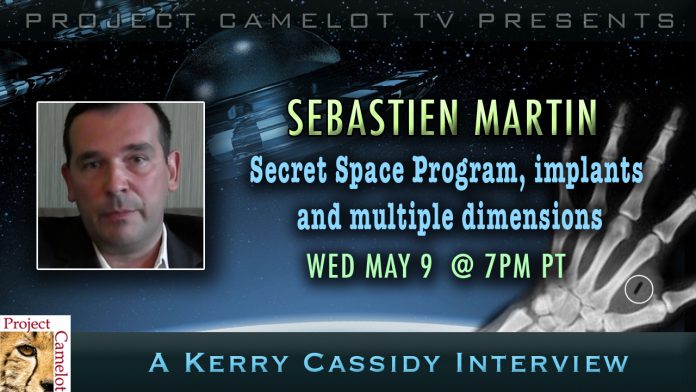 I talk with psychic, experiencer Sebastien Martin about his investigations into the Secret Space Program, implants and other dimensions.

Now uploaded to my main channel.

For more about Sebastien go here:

IMPORTANT NOTE: This show was interrupted by Youtube while live broadcasting on my other channel at the end of the 1st hour. Apparently they did not want us to reveal what we were talking about after the 1 hour time frame. They also interfered with my audio recording device and the audio is not there. It is beginning to look like some organization doesn’t want me broadcasting the truth at all. They have direct access to Youtube and are shutting me down anytime they like…