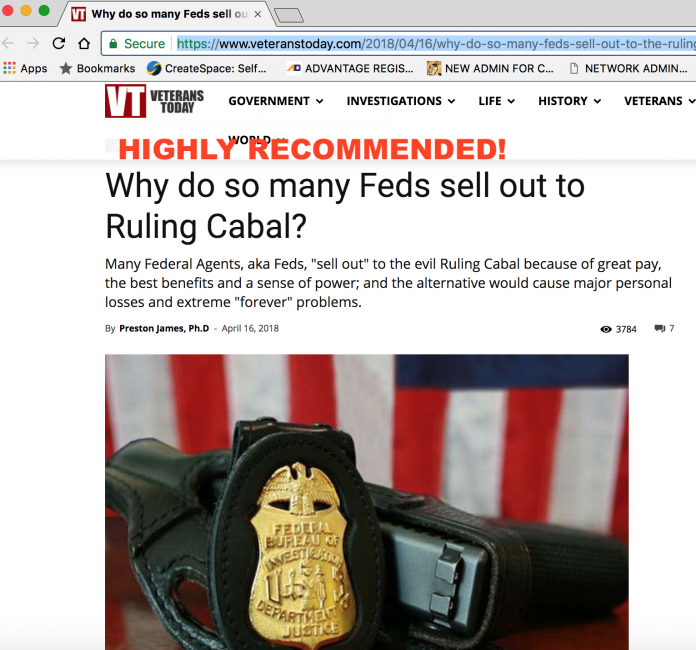 As mentioned in previous articles and my recent videos, MY MAIN CHANNEL ON YOUTUBE RECEIVED A “COMMUNITY GUIDELINES” STRIKE.  FOR MORE DETAIL ON WHY SEE HOW THIS IS PART OF THE CABAL OVERLORD AGENDA THAT INCORPORATES YOUTUBE/GOOGLE READ:

Why do so many Feds sell out to Ruling Cabal?

Social Psychologist with Doctorate from Major Midwest Big Ten University. Retired after serving the community for over 36 years during which time there were numerous contacts with those associated with Intel and Law Enforcement.

A book by Preston James entitled “The New Gutenberg Press” has just been published and is available at www.MoonRockBooks.com