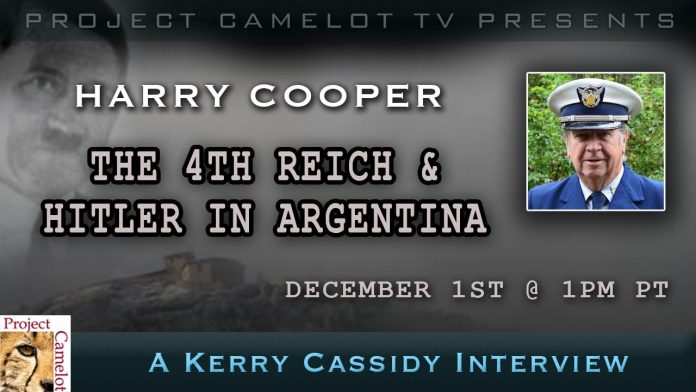 I will be interviewing Harry Cooper on Friday December 1st at 1pm PT.

“I am the world’s foremost expert on the history of the German U-Boats and now also on the escape of Adolf Hitler.  Unlike other researcher/writers who read a few documents and other people’s books to produce their own book, which are almost always just their theories without proof or substance – I read the documents then I go where the history was made.  I go to Germany and Austria on average two times each year since 1988 and have been to South America nine times in the past eight years where I take photos of these historic places and interview people who were there and give me first-hand information.  I have just been contacted by a major television production company in Buenos Aires who will fly me down there to do a documentary on the tragic loss of the submarine ARA SAN JUAN and I have another fact-finding expedition scheduled in March 2018 to Argentina, Uruguay, Brazil and Paraguay.  We are peeling back the layers like onion skin – peel back one layer and another is there with questions waiting to be answered.

Our biggest advantage lies in the fact that we have several thousand Members in 77 countries and many are active or retired Intel people.  They are my eyes and ears in various locations to lay the groundwork and take me to the people who have the first-hand history. 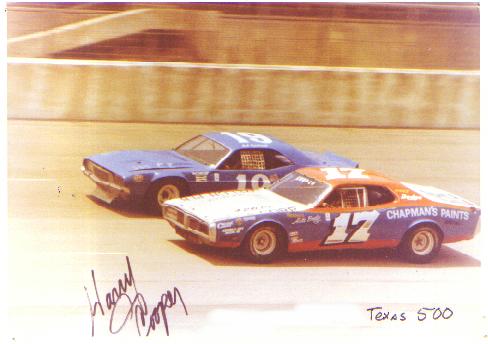 Wrote for the racing publications for seven years

Sold everything, bought a 30 foot sailboat and lived in the Bahamas for eight years

Wrote for the boating publications for that time

I have 21 books in print – Hitler in Argentina is a Best Seller.” 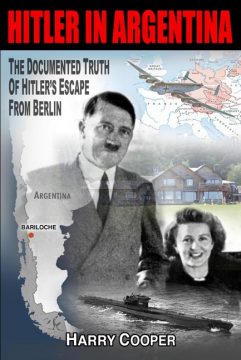 For more info go to www.sharkhunters.com then to PREVIOUS TOURS.  There are thousands of photos and explanations of this research.