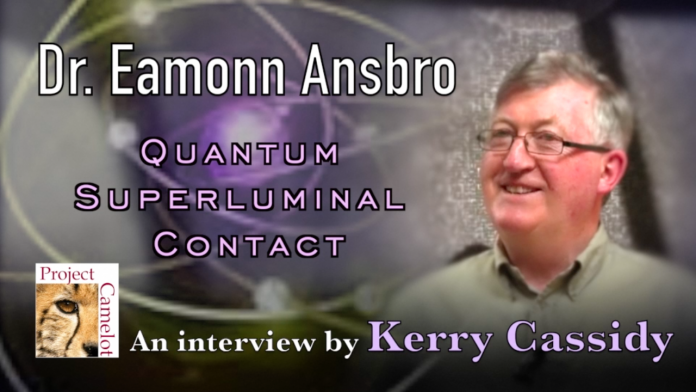 I interview Dr. Eamonn Ansbro at the Ireland Awakens conference in Dublin about a new technology he is using to contact off-world civilizations “quantum mechanics”.

His main involvement for some years has been in Solar System studies and Instrumentation. In recent years he has been involved in SETI. He founded SETI Kingsland which has been pioneering a fundamental new approach within SETI. This new SETI approach has resulted in breakthrough technology for applying it to communications with extraterrestrial civilizations.