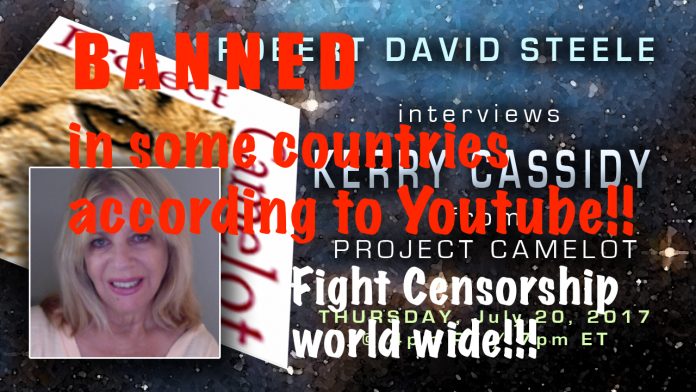 UPDATE:  WAS IT SOMETHING I SAID?!   According to Youtube, the Robert David Steele interview with me is currently being banned “in some countries”!!  Which ones are not specified.

Anyone with further info on this please contact me at kerry@projectcamelot.tv

Robert David Steele enjoyed his interview so much that he has decided to interview me on my own show this Thursday July 20, 2017 @ 4pm PT / 7pm ET.

SEE BELOW FOR BACKGROUND LINKS