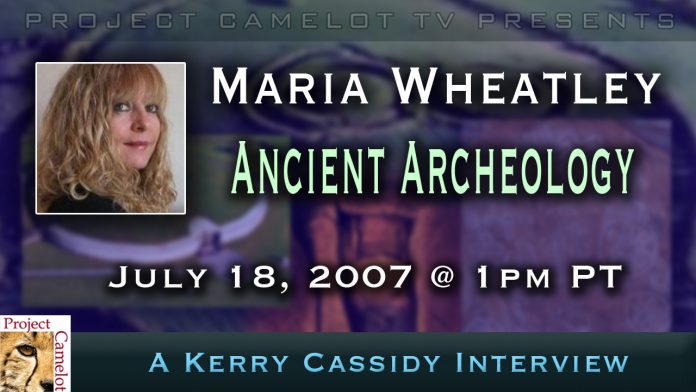 I talk with Maria Wheatley about her travels and dowsing of stone circles around the world.  We will also be discussing the ancient sites in Ireland.

NOTE:  OUR 2 DAY TOUR HAS BEEN CANCELLED DUE TO SOME HEALTH ISSUES MARIA WHEATLEY HAS TO HANDLE.  We will endeavor to reschedule this tour for sometime in the future.  All tickets will be refunded in full.

Scroll down to see her bio.

MARIA WHEATLEY is a second-generation dowser who was taught by European Master Dowers and Chinese geomants. Maria is a leading authority on geodetic earth energies and ley lines.