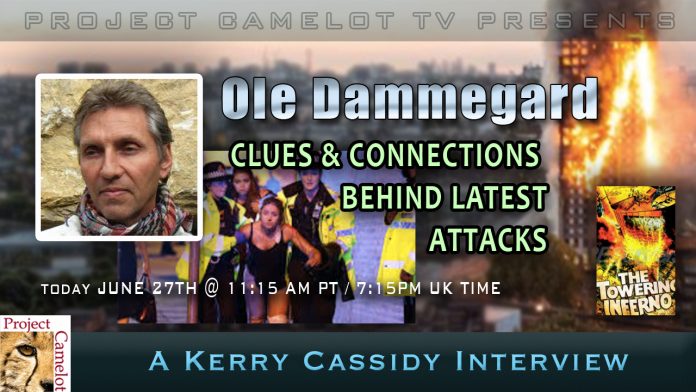 I talk with investigator/author Ole Dammegard regarding the different connections and clues found behind so many of the latest attacks, including the London fire, and the totally unknown attack on the White Cliffs of Dover.