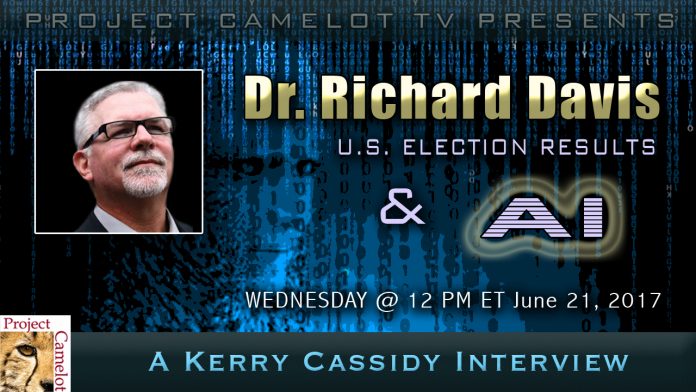 Today @ 12PM Eastern Time I will be talking with Dr. Richard Davis, head of the Poll Moll Vote polling software.

The theory is that the Fraction Magic technology discovered by Bev Harris (blackboxvoting.org).  was used to hack into the AI voting system…We will be discussing Richard’s theory on how this was countered by the “good guys”.