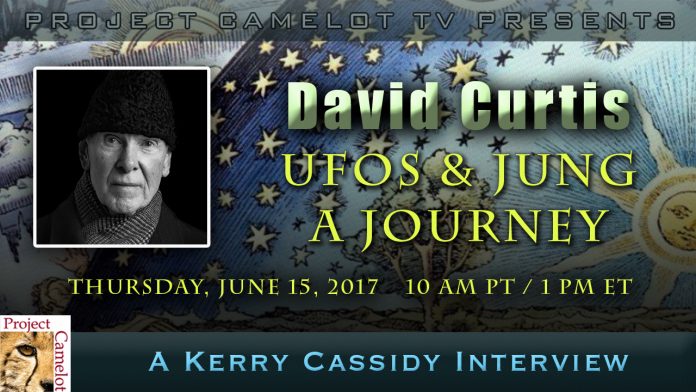 I talk with David Curtis, author of 9 books about his own spiritual journey.  His books cover various aspects of his journey including time spent with Krishnamurti, analyzing the work of Jung and much more…

“I have recently self-published my own accounts of UFO contacts in the context of Jungian mythology: The Luminary is Coming: A Vision of Rebirth – Jung Avatar: Biographical Myth – One Mind: nonduality notebook, 2015 – Amazon Books. I consider myself a ‘public intellectual’ – SUNY: Stony Brook, comparative religion/philosophy, 1960’s, and this is the first time I am divulging my work after 50 years of in-depth research.”– David Curtis

Visited ashrams and temples in Himalayas

1971: Attended Krishnamurti conference, Brockwood Park, Hampshire, and each year until his

death in 1986: conversations with Prof. David Bohm, and ‘shared’ experiences of a spiritual