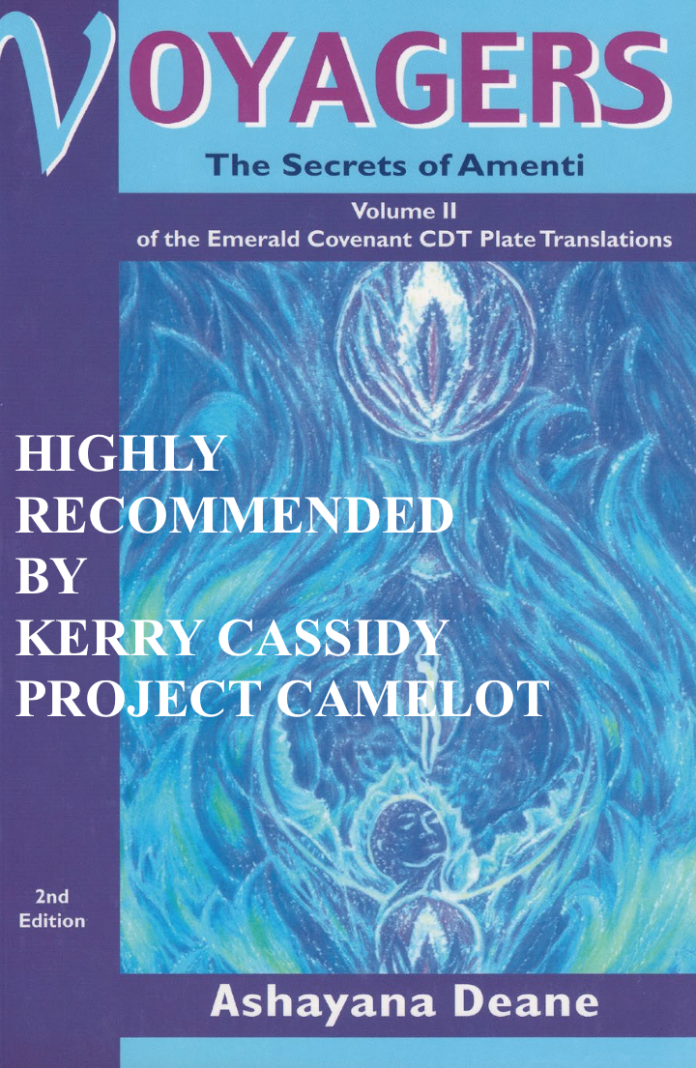 This is wonderful news.  Special thanks to the person who sent this important news along:

GREAT NEWS!
THE  long OUT OF PRINT Voyager II BOOK BY ASHAYANA DEANE (aka E’Asha) The $60 notebook and $17.77 inexpensive searchable PDF version!
———————– Voyager 2 republication in 2017! AVAILABLE NOW!
www.arhayas.com/collections/books/products/voyagers-the-secrets-of-amenti-volume-2-2nd-edition
This book has not been printed since 2012 until now was previously only available on Amazon for an OUTRAGEOUS prices due to unavailability and being out-of-print.
***
The Voyager books are downloaded information to Ashayana Deane (aka E’asha) from the Guardian Races (a group of several off-planet races who are benevolent and protectors of the Human Race.  This is the best history of Humanity’s seedings on Planet Earth and the various invasions and genetic manipulations of the genome throughout history.  Vol II brings us up-to-date to today and the war of worlds we are currently experiencing.  –Kerry Cassidy, Project Camelot
Get your pdf now.
HIGHLY RECOMMENDED!
WATCH MY INTERVIEW WITH ASHAYANA DEANE IN 3 PARTS:
www.youtube.com/watch?v=AQ-ZaU6FHNw
www.youtube.com/watch?v=7-h_Qk4Z1SQ&t=1s
www.youtube.com/watch?v=dK2vWZE8noU&t=12s