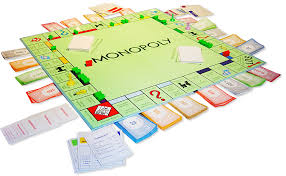 By now everyone has heard of the so-called exodus of a number of major corporations from Google/Youtube.

Sample article about this from the UK’s Guardian:

“The decision by Vodafone, Sky, HSBC, Lloyds and Royal Bank of Scotland to suspend their ads, or review whether to do so, follows action last week by other brands. They include McDonald’s, L’Oréal, Audi, Sainsbury’s, Argos and the BBC. Government spending has also been suspended while Tesco is understood to have “paused” spending on YouTube.”

But what is really going on here?  See above for a quick survey of the actual advertisers up in arms over what they claim are “extremist” videos where they “had no idea their ads were appearing”… One wonders at the superficiality of these companies suddenly deciding to grow a conscience and take a look at where their ads are actually going. Really?  Do you think that these companies and their advertising agencies actually had no idea where their ads are going?  And are the videos they are objecting to actually “promoting hate and terrorism” or is this a move to further censor alternative points of view and content?  The link between advertising and mind control is widely known.

The recent move by companies to show sudden “concern” originated primarily in the UK and Europe according to the various mainstream news outlets reporting on the story.  And at least the Financial Times article here seems to indicate that other than a few major U.S. companies such as AT&T, American advertisers are not jumping that eagerly on the bandwagon calling for Google/Youtube to expand it’s ‘safeguards’ on offensive, hate or violence advocating videos.  In reality however, the attack is on the youtube creators (by refusing to monetize so-called offensive videos).  And where does this push stop and who determines what is ‘offensive’ and what is not?  And which videos are going to be rolled into this move to censor the creators by way of ‘hitting them where it hurts’?

One can see that this move to ‘grow a conscience’ in big corporations and advertising is a false gesture by a conglomerate of businesses that pour billions into uranium land mines and weapons of war, pornography and an endless trail of exploitive advertising.  So what gives and where did this move really come from?

Case in point:  One can easily see that videos such as my own investigative report on the recent UK terrorist ‘false flag’ event, Story Behind the London Attack, (see above) is a solid and serious broadcast that provides evidence that the attack in London was orchestrated and planned as a government sponsored event with an objective in mind.  My guests are two highly serious researchers and authors, one a former British barrister, Michael Shrimpton, writer for Veterans Today, who has advised top government leaders on real terrorist threats and is author of the book SPYHUNTER a thoughtful and deeply researched work covering multiple stories in depth and making a good case for the infilitration of governments by the German secret intelligence service known as “DVD”.  And the other guest, Ole Dammegard the highly regarded author and investigator into terrorist events worldwide.  His book “Coup D’etat in Slow Motion garnered the following praise from a former FBI chief Allen J. Salerian:

“Ole Dammegard’s investigative works of the assassination of Swedish Prime Minister Olof Palme is both fascinating and chilling, probing the invisible links to the murders of JFK, RFK, MLK, and John Lennon. Ole is a courageous reporter, researcher and creative mind who intelligently and methodically put seemingly disconnected pieces together to offer us logical answers. He is a true inspiration for mankind. I highly recommend “Coup D’état In Slow Motion”.

FOREWORD BY THE CHIEF OF POLICE

Yet my video discussion with these two men was denied monetizing.  So this decision was motivated by Google/Youtube’s oversight committee or even a single employee to fall into the bucket of “offensive” content apparently or being in some way politically offensive to their advertisers, who are the same companies closely aligned with the people running the country (UK & US).

One can even imagine the last Bilderberg meeting or Davos think tank convening these same companies around a table and asking them what to do about the rise of videos on youtube seeing through their ploys to create a false terror around globe.  One can easily see that Youtube has become a major problem to these companies and global money barons because of the amount of truth suddenly reaching people of all ages.  What to do?  Of course, attack as radical and offensive the alternative sector creating these videos by removing their ads.  Whereas a closer look will probably indicate that this move won’t last and the advertising companies will soon be back in droves when their bottomline is severely affected.  This is the problem-reaction-solution scenario where the so-called problem of offensive (read politically problematic) videos are targeted with a small but significant advertiser outrage and response stimulating tighter control over the truth-tellers then a return of advertisers to the “approved” videos as if nothing ever happened.

While I tend to think this latest fear mongering by the titans of industry and advertising is a clawless attack that will fade quickly in light of the fact that advertisers make money off the backs of the youtube/google creators just as YouTube makes a neat 45% off the tops of the ads making them a full partner in the creators work at the end of the day.  This alone would signify this tiger has no teeth and won’t last.  However, such crackdowns on freedom of speech and creativity are worth noting.  If only for how they reveal the desperation of those at the top to try to silence those of us who are revealing the real truth about government (and corporate) sponsored terrorism and their efforts to control the masses at all costs.. except of course when it hurts their bottomline.  — Kerry Cassidy, Project Camelot, Investigative reporter / Documentary filmmaker