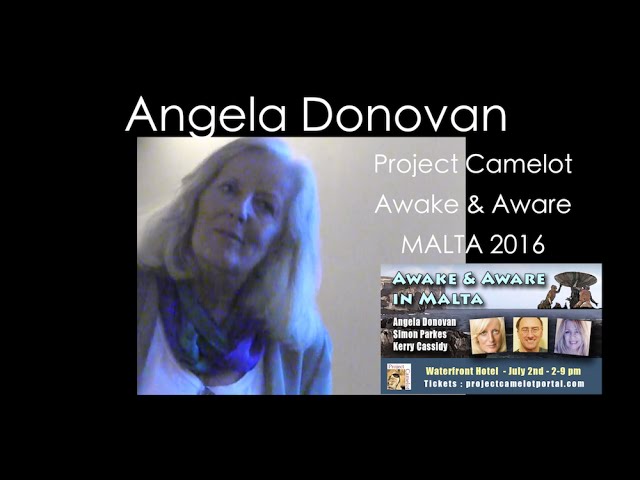 JUST ADDED!  ANGELA DONOAVAN,  speaking at Awake & Aware MALTA conference.  Angela shares her insights and sightings of strange beings and ETs as well as her history as a medium.