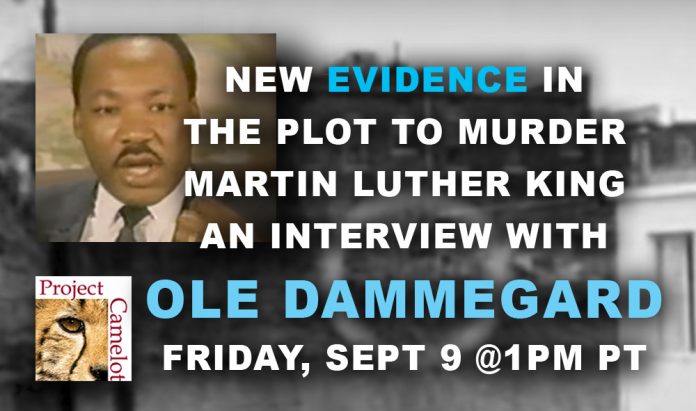 I INTERVIEWED OLE DAMMEGARD about new evidence in the death of Martin Luther King.

Ole Dammegard is an award winning author and investigator of false flags and assassinations for many years starting with his best selling book COUP D’ETAT IN SLOW MOTION.