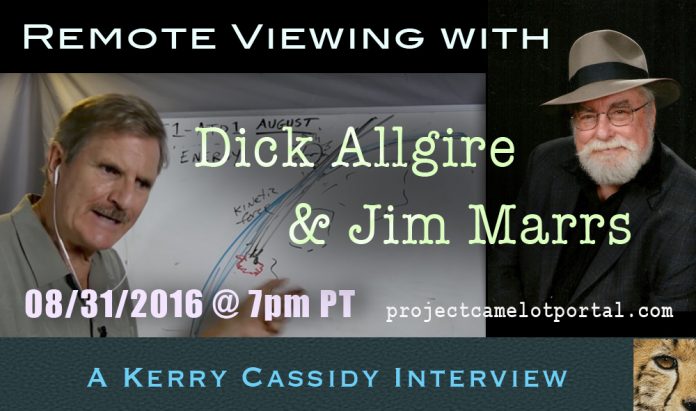 UPDATE on Sept 2nd:- Note :  there are 2 videos on this page, please watch BOTH of them! 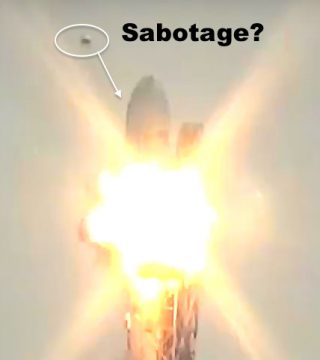 This photo of the UFO overhead adds to the possibility that Dick Allaire’s viewing was correct.  Some of his details don’t match but some do: This relates to an object incoming going ‘supersonic’.

I have the feeling this was done by an ET race working with a part of the secret gov and that when I publicized the potential for a SpaceX incident associated with the viewings.. they shifted the target from the Dragon Capsule to the rocket.  I think they changed what they were planning (and what Dick saw) to avoid making him right.  Luckily, I put my warning to Elon Musk on video August 14 so we were close to right but not exactly.

UPDATE SEPT 4TH:  What we do know is that SpaceX was the ETs / Secret Gov target all along and the public nature of this ‘shot across the bow’ of SPACEX proves it.

Which is why that those people thinking that the target was the satellite ‘payload’ are mistaken.  Yes the satellite could have contained additional intensive surveillance equipment to be put in place along with the supposed ‘help Africa get connected’ cover but the fact is, they can shoot down or disable a satellite any day of the week and we (the public) would never be the wiser.  As it happens this was a VERY PUBLIC DEMONSTRATION — a direct attack on SPACEX.  And this is the message worth taking away from this.

What Elon Musk does with this knowledge (assuming he is smart enough to get the message) is unknown.  But it is clear that SPACEX is now ‘going off the reservation’ pushing the envelope and may even be exploring the use of free energy.  Because no craft is going to make it to Mars without it.  And as the owner of TESLA there is no way Musk is blind as to the real tech necessary for space travel.

However, it is still possible that exactly what Dick Allgire saw has not yet happened…but it does look like he got a piece of it right.

AN ASIDE:  We also know there are reasons the powers that be don’t want added surveillance of Africa…  One of those reasons has to do with the subject the TV miniseries THE EVENT dealt with.  This gets into previous info that Project Camelot has put forward based on 3 sources.  One of those sources is a public figure, Gordon Duff, editor of VETERANS TODAY.  It has to do with the idea that there is a humanoid ET race from Aldebaran, known for helping the Nazis during WWII, that has destroyed 2 of their planets and made a deal with our secret government to bring large numbers of their people here.  Landing place:  AFRICA.

On top of the above, I have been told and reported in the past that according to Captain Mark Richards, one of our biggest enemies, the Reptoids (human-reptilian hybrids) have several bases in Africa.  The whole ebola scare was engineered to keep prying eyes away from their “territory”.

So AFRICA is one place where the last thing the Secret Government / Secret Space Program want is added surveillance let alone targeted space weapons aimed at them.  — Kerry Cassidy, September 4, 2016

SEE BELOW to WATCH MY VIDEO ROUNDTABLE conversation with Jim Marrs and Dick Allgire that took place on Wednesday night at 7pm PT.  We discuss the August Event that Dick, one of the Courtney Brown Farsight Institute remote viewers was involved in viewing about 1 month ago.   We discuss whether that viewing was accurate and what makes for accurate viewing and interpretation of viewings as well as the technique itself.

On August 13th I put out a public warning to ELON MUSK at SPACE X that there may be sabotage associated with DRAGON…  See below for my Broadcast.

It does appear that Keith Hunter’s original intuition that the Dick Allgire remote viewed event of August could relate to the return of the Dragon Capsule was not exactly on the mark but close!!  I picked up on this and put out a warning.  What may have happened (as there has been no loss of life) is, that we prevented the SPACE X incident from being bigger than it was….

ALSO see this article about the explosion at Space X:

WATCH THIS DISCUSSION ABOUT THE ENTIRE AUGUST REMOTE VIEWINGS: