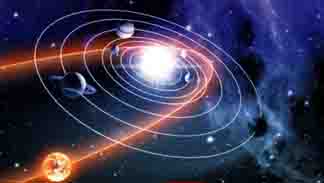 This is interesting.  Many people will know that Kameran Faily has been wrong about his predictions with regard to Planet X/ Nibiru.  However, there are at least 2 NASA former NASA scientists who have come forward in the last few months on this subject.

I have also heard that some information that in December 2017 there may be some significant event however NOT a pole shift.  I am looking into getting verification of this timeline….

I am trying to contact these individuals to do a joint interview or perhaps panel discussion on this topic.  There is a great deal of controversy around this info….I understand both these scientists may have disappeared or become unreachable.  Anyone with any information regarding these two scientists please contact me at:  kerry@projectcamelot.tv

Another NASA scientist who claims the Nibiru system is real :  :

Dr. Eugene Ricks – former NASA scientist who has a doctorate in Astronomical sciences and was a member of a search and track team to find the Nibiru/Brown Dwarf system.

Nibiru Insider Speaks Out: An Interview with Dr. Eugene Ricks