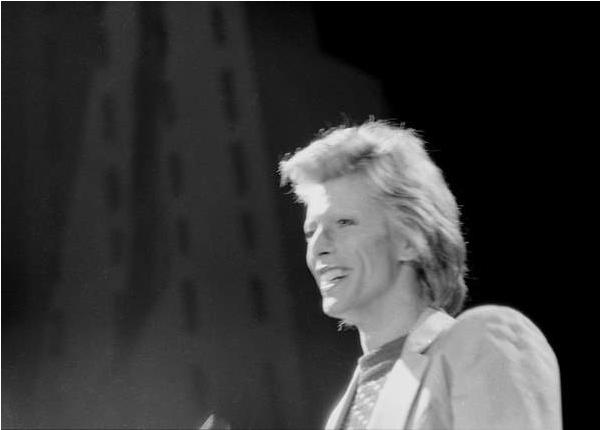 Greetings Kerry,
It is always a pleasure to hear from you and I am happy to provide some comments on the financial situation.

Before going there, here is a link regarding the recent passing away of a brother in humanity:

I morn the sudden loss of David and bow my hat to him for his courageous act, that most likely has hasten his departure at the hand of those who try to suppress the truth but to no avail. I am certain and have no doubt that his telling the truth has marked him as a martyr and their quickening of his departure shall not protect them from their later anguish and greater lamentation. David martyrdom will instead ignite the flames of other talented artists and for every hero falling, a thousand come forth and replace them and holding the grounds. Blessed be the soul of the Hero and Martyr David Bowie and may The Creator God Almighty grant him everlasting joy in His presence and grant console to David’s family for their loss. Blessed be his soul and may The Lord find favour with him.

Now for Earthly matters and the situation in the financial markets and here are some points to note (Disclaimer: what follows is my understanding of history and I propose no specific financial advice, only thoughts and possible suggestions, so do your own research and act at your own risk):
– This current version of the Western Civilisation started at the creation of the Vatican Trust around 450 years ago by the ancient Royal Families. They setup the financial system and the funding within it.
– The term for the mandate of a civilisation is usually 7×70 (490) years. So this leaves the current system going for about one more generation before it is concluded and then terminated. They put in parameters and controls within the system that the rest cannot overcome; like placing interest rates and funding deadline terms that forces an end to the funding and sucks all the assets and more back to them.

Greetings Kerry,
Thank you for passing on this suggestion for future subjects. I hope by now you can see an outline of the subjects I cover and the different depths I go to. They are not random, there is a method to them as explained below.
My role/mandate given to me from above, has several parts to them that I need to cover and work on:
1- Ensure that humanity and the Elite are well informed about incoming Planet-X events. For humanity what they need to do and for the Elite what they should not do. For this I bring in the new science part so they can visualise the whole storyline and be able to predict and cope with it.
2- Present to humanity the bigger picture. To breakdown the compartmentalisation and open the stable doors to let the horses roam the fields so to speak. This includes the little guy and the highest part of the Elite.
3- To remove the spirits of fear and ignorance so the all may act with level heads.
4- To bring in clarity so now that Timeline-1 and Timeline-2 are commingling the same events space, both sides have now been given the chance to jump ship and go to the other timeline. It’s time to choose.
5- To declare to humans and ETs, the coming of the noble-ones, who’s coming have been proclaimed for millennia passed. The bosses are coming so prepare yourselves. I am just pointing in their direction, they will do the talking and convincing not me, I will just sit back and watch like everyone else.
6- To present who-is-who of the Earth scene, so one can grasp the intricacies and complexities of the whole organic system. To link Earth’s story to the galactic big picture. To wake up and smell the roses. Believe it or not, the Elite are as ignorant of most of this as the rest of the public. It’s time to understand how things work.

This is why as much as possible I prefer not to go into specific this person or that financial instrument, because it does not help me in pushing my above mandate/agenda that I have been burdened with.
I am here to present the big picture by outlining certain historic items that allows one to start connecting the dots. It is then up-to the listener to see how it aligns with their situation and what choices they want to make.

Remember that not all of humanity have to listen to what we say, only that a given portion of them understand the subject matter; this then seeds and uploads into the bigger mind-cloud. Give it enough time and views, outside people will start realising “Ahaa this is what is happening”, thinking that it was their own realisation, when in fact they just downloaded them from the mind-cloud or what you call “Shared Consciousness”. We are making history Kerry so thank you for that.
I will keep the points listed below in mind and see how this can be brought into the bigger picture without necessarily naming names. This way the information can be drawn upon for generations to come.

Thank you for your great efforts and see you when the time is right – it will come to you I am sure when that will be.
Peace be with you
Kameran

Greetings,
Thank you for sending this email and reaching out to me to see if a resolution can be made regarding Turkey’s obvious expansionist moves that is currently taking place. I am happy to put in my 2 cents’ worth in the ring.

We as a family have a very close link to what is taking place in Iraq and the surrounding region, for we are advising both the Iraqi Central Government and the Kurdish KRG leadership, as well as managing the funds of some sides of the Kurds and I personally am looking into this by advising The Royal Families who own the original title deed of the whole region and who are concerned about the situation at hand.

Before going further we need to understand the possible true motives of the Turkish incursion into it’s southern neighbour Iraq going into or close to the Autonomous Kurdish KRG region.
Turkey’s excuse is that they are after clearing out ISIS from the region. Then I would suggest that they clear out ISIS offices from Ankara and Istanbul first, then remove their bases in the south of Turkey, then stopping the logistic support it gives to ISIS that is creating all this mayhem, then stop the heads of its government from trading in stolen oil that ISIS takes from Iraq and Syria, then stops interfering in Syria and Iraq internal affairs, then try to coordinate with Syrian and Iraqi governments over the matter, then use the international protocols of lodging its concerns in the UN over it’s legitimate concerns regarding Turkish sovereignty and it’s citizen’s safety. only then and after exhausting all of that, does Turkey has a semblance of a legitimate excuse to use its armed forces in the conflict the way it is doing now by invading a sovereign country next door.

As far as the Kurds are concerned, Turkey is using its heavy hand and brutal ways in preventing it from acquiring its long aspired independence and the continued suppression of the Kurds in both Turkey and outside. They have the legitimate claim that Turkey is returning to using it’s medieval way of suppressing freedom as well as it’s expansionist policies.

The Syrians see the Turkish involvement in the whole region as San agreed plan of the Muslim Brotherhood (MB) with the Zionist Israelis, to carve out the region between them with Turkey claiming back to resurrect the Ottoman Empire again headed by (MB). With Syria and a portion of Iraq as the Turkish bounty and the remainder as that of the Greater Israel plan.

As far as the Iraqis are concerned, Turkey has always had it’s eyes on the northern oilfields of Iraq, with the excuse that it is trying to protect the Turkman minority in that land and has to use brutal force to achieve those right to this minority even if it means destroying the whole region. This is why the Iraqi claim that the suppression of water flow into Iraq’s two major rivers that are sourced from the Kurdish regions in south of a Turkey, this power play with this precious water resource is what a Turkey has been playing at for decades now against Iraq.

Now this is how it could be viewed by the Royal Families: the Ancient Royal Families have ancient assets and treasures that they have scattered all over the planet. These assets are held back by The Royals in perpetration and have registered them with the Galactic councils. These are in readiness to ET Disclosure and the opening the doors of the different Galactic Councils to let Earth humanity into their fold. This then required eons of perpetration and planning and part of what is known as “The Mandate From Heave” to The Royal Families.

It looks like it started by the United States invasion of Iraq and the reported constant attempts by them to access those assets, that are held in safe custody for the future of Humanity. This agenda was pushed by the Zionist Bush Cabal. It also looks like the Zionist on the Israeli side are doing their best to help this traitorous act against the Royal assets. The heavenly defences around the assets made all their plans go to naught.

Now – it seems – that the Zionist side are pushing their stooges in the Turkish government to go after these ancient assets and do their bidding.

The actions of Turkey are now under great scrutiny. If it looks as though they have this agenda, then things will not pan out well for all the parties involved. A foolish act like that might be their last. Time will tell what the path that different parties have chosen.

You are welcome to publish this, but please remove the email address from being published.

LINKS TO MY INTERVIEWS WITH KAMERAN:

KAMERAN FAILY ABOUT THE ATTACKS IN PARIS AND MUCH MORE – UPDATED

KAMERAN FAILY ABOUT THE ATTACKS IN PARIS AND MUCH MORE – UPDATED

KAMERAN FAILY: WARNING TO ALL KEEPERS OF ROYAL ASSETS