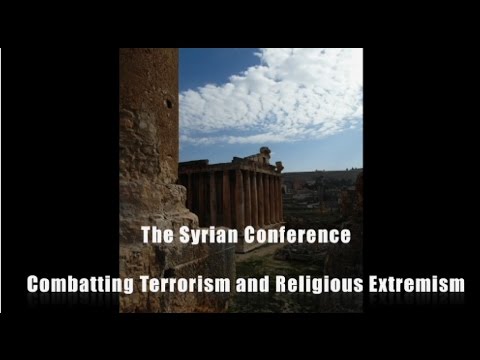 Mike Harris and a small team from Veterans Today ( veteranstoday.com ) attended a conference in Syria recently to discuss combatting terrorism and religious extremism. Attended by delegations from 36 countries this conference was unprecedented in its ambitious goal to bring together nations and their peoples to understand the playing field involving ISIS/ISIL or the so-called Islamic state, being activated by ALQuieda like groups intent on pushing an agenda that involves Sharia Law and taking back control from the West (and in theory the East as well as Russia) of their countries.What is key during this summit is that Gordon Duff, Senior Editor of Veterans Today made a point of informing the Syrians about the various ET factions and what their agendas are as well as which governments they are aligned with… Knowing this, can change the whole playing field for a government. Listen to hear what Mike and his team encountered while on this trip aimed at raising awareness as to the agenda of ISIS, the criminality that informs them and the ET contingent that is manipulating humans behind the scenes.

It is also worth noting that ISIS/ISIL is funded by the U.S. and Saudia Arabia… This is all about building a bigger better enemy.  You can’t have a war unless you have an enemy to get the people to rally around and go back the troops.  In this case, the so-called ‘war on terrorism’ is waning.  Osama bin Laden is dead.  They need a bigger better fighting machine ie an enemy that will allow them to create WWIII and the armageddon they so desire.  The people are too peaceful.  Religion is losing its grip.  The programming is starting to break down.  Enter ISIS.  They (the Illuminati) have trained, outfitted and equipped them in order to keep their war of opposites going…