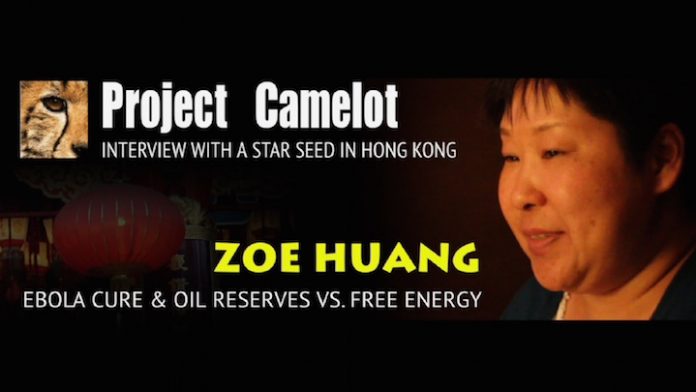 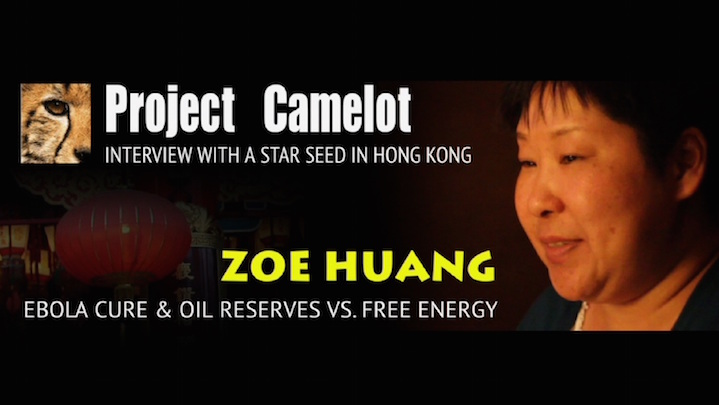 This is an impromptu interview shot on location in the lobby of our hotel with a very fascinating young woman. Zoe Huang considers herself a star seed with special abilities to evaluate viruses and determine the path to a cure. She is highly intuitive and believes she has figured out peak oil and the need to move to free energy in the remaining time we have left with that resource. In addition, she is writing a book revealing the matrix surrounding the notion of reincarnation and the true path to ascension.

Notice to all Star Seeds:

As Star Seeds, there are only 144,000 of us on the earth—it means that among every 50,000 people there is merely 1 Star Seed. Moreover, the earth now is the base of the dark side.Most of us must hide our Star Seed identities, keep silent, and never trust anyone easily; we are surrounded by the dark side on the earth and almost isolated.

As for me, I declare that I’m a Star Seed for reasons: before I was born on the earth, I set the link between my life and the earth—if the dark side tortures me to death, they would be buried with me—the earth would start collapsing from the day that I die.I think I’m the appropriate and available one to open my Star Seed ID and do everything that I can for all the Star Seeds and all the souls on the earth.PART I. EBOLA VIRUS—THE THIRD WAVE1. My point of view as in my essay “Antiviral Immunity”: the essay is including 2 parts: gene diagnosis and medication manufacture; and 3 technologies: gene sequencing, cloud computing and nano technology.2. Gene sequencing applies equally to both terrestrial and extraterrestrial viruses.3. Costs and risks of analyzing and decoding viruses through gene sequencing and cloud computing are much lower than those of developing and fostering viruses.

In conclusion: with the third wave, we integrate achievements from the first and the second wave; we can deal with all kinds of viruses in the galaxy; and people are tending to cure viruses because of relatively lower costs and risks instead of releasing viruses.PART II. ISIS/ISIL—2 TIMELINES IN THE FUTURE1. Petroleum and natural gas reserves of the earth approximately can be used 200 years for the whole humanity; 100 years have gone since the industrial revolution broke out in Britain…2. The next 100 years: off-shore natural gas and petroleum reserves of the east Mediterranean is around 2/3 – 3/4 of the reserves under the mid-east land, maybe even more.3. Two contrary time lines within 100 years in the future:The first time line: the traditional energy resources are going to the end.The second time line: new (free) energy resources are rising.4. ISIS/ISIL wants to take control of the whole east Mediterranean so that it can take control of the whole world in the next 100 years!PART III. Several Fake Spiritual Worlds around the Earth1. The3D earth is like a borstal which is full of love and accepting scum souls（usually criminals）from different galaxies and planets. 2. There are several fake spiritual worlds around the earth—from the earth to the sun.False Gods/Angels/Instructors/Ascended Masters are crowded in the fake spiritual worlds.The truth is: these fake spiritual worlds are part of Hell; evil spirits and demons are playing tyrants, they rob, blackmail, bluff and deceive, stop at nothing in doing evil.3. To escape from the fake spiritual worlds, we should:A. Abandon the concept of “reincarnation”.B. Lift up the vibration frequency of our souls through loving and helping others (except enemies).C. Break through the powerful electronic net which is set by the dark side around the earth. (We need help from the Genuine Spiritual World, GA, Federation and any help from the light side.) 4. To end reincarnation on the earth, once our souls leave from the earth and the sun, we should fly into Photon Belts directly; don’t go back to the earth and the sun, don’t go into the fake spiritual worlds that are set by Annunaki.*Photon Belts are purification energies that are directly from the first universe source; there are at least 2 Photon Belts in the universe; our solar system now is entering into one of them.Donate to my new book “the Universe Exists for Us” for its publication costs!Donation Account Name: Qin Yun捐款戶名：秦蕓Donation Account Number: ICBC  6222021001030691890捐款賬號：   中國工商銀行     6222021001030691890Contact the author作者聯繫方式：QQ Number（QQ號）: 1392913594Email電子郵箱：1392913594@qq.com, Any_yun2006@hotmail.comSina Weibo新浪微博：zoehuang2012 Thanks again for your cooperation! zoe     Dec 5th, 2014