No Freedom of Speech in Australia – Heads up Journalists and Whistleblowers 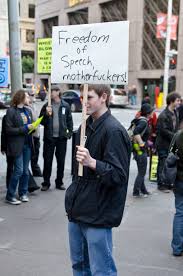 Australia, I am told is always the ‘proving ground’ for the Nazis and Satanists who wish to rule the world (and are apparently doing so in some places) to roll out new legistlation and “test” it on The People.

This latest law that has now passed in Australia will make it illegal to disclose what YOUR GOVERNMENT is doing, national security, surveillance, Artificial Intelligence, spying and much more.   National Security now there’s an incredbly wide concept now to be subject to the whim of the Attorney General of Australia accoridng to this new Australian legislation. This would be like Eric Holder deciding that disclosing the real TRAIL OF THE MONEY into black projects is a Federal offense!!

Granted, for those who don’t get it, Project Camelot is so fringe that governments cannot actually prosecute us for our whistleblowers at this time.  Because that would be tantamount to admitting that ETs and the Secret Space Program ARE REAL.  So for the moment we continue operations.  It will take some form of OFFICIAL acknowledgement of the ET visitation, the nature of black projects supporting the Secret Space Program, an AI that is running the world and the real battle of AI’s that is currently taking place, weather wars (using weather as WEAPONS) and much more before Camelot and others like us can be threatened to stop the disclosures of what’s really going on.  But this is where things are heading and FREEDOM OF SPEECH is now officially dead in Australia.

DEVELOPING STORY.... 07.21.2021 UPDATE.  Spent most of the day yesterday trying to get the DAY 2 TEST to arrive.  The company with ads everywhere here in Britain on mainstream websites called Project Screen, Prenetics  was supposed to send our tests but they never...

THIS CONFERENCE IS HAPPENING...tickets reserved in advance then pay at the door in case of any sudden changes in UK OPENING schedule... Our yearly Awake & Aware Conference will be held at High Elms Manor in Watford, England-- DATES CHANGED DUE TO COVID...