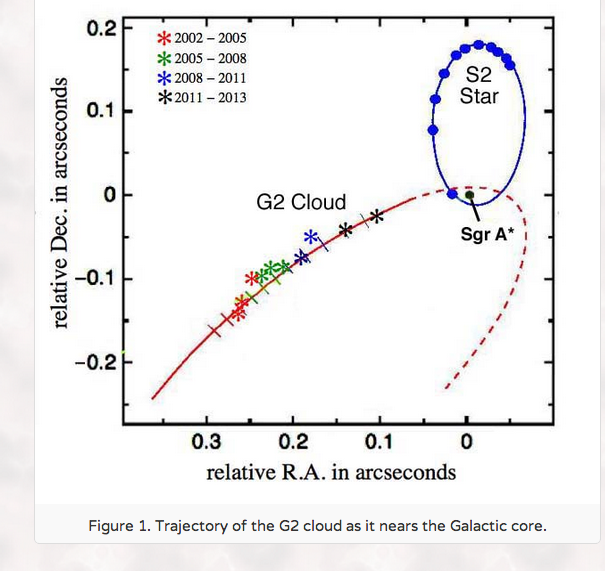 ..”This is a further update about the G2 cloud which is observed to be on a high-speed trajectory toward the Galactic core; see Figure 1.  The evidence now looks almost certain that the G2 cloud contains an embedded star (or stars).  Eckart, et al., 2013 have detected a K band infrared image of the cloud and have concluded that their results indicate that the cloud contains a star having a mass somewhere between one solar mass and 30 solar masses (Eckart, 2013a; Eckart, 2013b).  They refer to the G2 cloud as a DSO, or “Dusty S-cluster Object.””