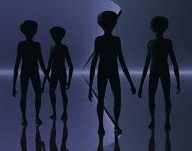 For what its worth…  Disclosure by any other name.

This Alien Races Book was published on Veterans Today by Gordon Duff. (link still active)  It has also been published on YouTube by Dante Santori.  He is a former special forces man who found the book while going through some things of a friend’s father.  Dante has now come forward and posted the book on his own channel.  Dante Santori (links no longer work for Dante). This appears to be legit.  NOTE:  I have sent an interview request to Dante Santori via his youtube channel.

Addendum:  CORRECTION:  Petro, the SON of the man who had the original was killed in an auto accident and the original book was apparently stolen from the car…

This book is a compilation of beings found or encountered by officers working for a Russian organization.  Link to book  no longer works but was posted on Dante Santori’s page which looks to be taken down.

However, note on one aspect of the content:  In my view, based on years of research, humans were not created by the Anunnaki.  Their DNA was interferred with and they were dumbed down by them.  See Ashayana Deane (E’asha) Voyager books for more on our true history….

As I have mentioned several times over the air in interviews, Gordon Duff is working with MJ12 or Scion or whatever they are calling themselves now-a-days.. The group originally said to be created by Truman to deal with the ET situation here on Planet Earth.  Whether he is a full fledged member as he claims is not known. Dan Burisch and Marcia McDowell were also members at one time.  From what I have heard, the membership changes over time.

Suffice to say that disclosure that many have been waiting for is here…. By way of the many articles coming out over the past year and more from Veterans Today. You could safely say these articles are government sanctioned since Gordon and other member/writers are with the CIA and other intel agencies.  If you consider the CIA to be run by the government, which may be a stretch.  More likely it is the other way around.  Under the cabal, the lines of power and authority are somewhat confused at least, to the outside eye.  I am told, the CIA is now an international agency and with so many warring divisions it has no true loyalty to any government (other than the NWO).  And within that the various divisions may even be at war with each other.

There is also reason to believe that Gordon Duff is pushing the envelope a bit farther than they originally planned.  I can say that I have spoken with him on a few occasions and invited him on my radio show and that he declined.  He does however, feel safe appearing on the Mike Harris show on Rense.. on a regular basis. And occasionally with Stew Webb, an asset he has brought on board Veteran’s Today as a writer and reporter.

Many people will be familiar with the many disclosures Duff has made over the past couple years, first on RBN and then on Rense (via the Mike Harris show).  He is operating as an agent.  Carefully revealing truths amidst spin and outright misdirection as any good agent does in order to keep his job.  Still you can admire that he is pushing the limits in his way and listening to him will not be time wasted.

As to whether this ‘little alien book’ is legit or not, I would say in so far as it contains some truth it can be helpful.  However, there is misdirection in there as well.

What is more interesting to me is the fact that with all the disclosures written in plain site on Veterans Today over the past year or two… that the mainstream continues business as usual without blinking an eye… or changing a headline to reflect any sense what so ever of recognition that the game is much bigger than they imagine.  People continue to argue over a rigged stock market, a dog and pony show between Obama and Putin (left and right hands of the same Beast) and the apparent poisoning of our atmosphere via chemtrails and Fukushima.  They have no sense that the truth changes everything.  That politics is so far beneath the true horizon where the real game is played.

I think that Tavistock and Rand (think tanks) consider Veterans Today a market research firm to see just how far they can go in revealing the real truth without people running screaming into the streets or attacking the bastions of power in Washington.   So far, the mainstream news outlets seem safely impervious to the truth no matter how fantastic it may be.

A recent undisclosed contact tells me that soon, the wider picture will soon be revealed involving 7 ET races that have been working with various governments that are now going to be met with 50 new ET races that are going to be introduced (face-to-face!) to the public.  And that there are new technologies being rolled out on the U.S. side as well as the threat has been made from the Russia/Syria side regarding their New Tech to be revealed should an attack on Syria become a reality.

So putting two and two together, apparently the “50” so-called new “entrepreneurial” races are entering the scene and distributing tech on both sides… And I am also told, these new races wish to change the scene here on Earth to one of open exchange with Galactic Races and creation of an open market for all to participate in…  Brave New World should we decide to accept it….