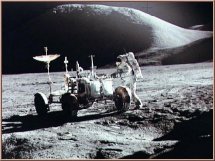 The ingenious idea of creating the mental construct in the minds of the populace that they live on a home world that has virtually no ability to travel in space and that they are unable to find other species like themselves in the many nearby galaxies including their own… is worth acknowledgment.

If only one person out there has any clue what I just said please do write to me!  Just kidding…(not).

We are talking here, about how the Secret Space program, stays secret, in spite of ample evidence of its existence.  Seriously, think about this for just a moment.  The mainstream (programmed masses especially their “leaders”) are so completely immersed in this incorrect view of reality (mentioned above) that they go through life and make all decisions without ever taking their eyes off the ground.  What a clever way to make sure there is no interference from meddling bureaucrats and well meaning citizens and to be able to therefore conduct all the business of wars with other races, business deals with same and go along building a multitude of brilliant devices and technologies right under their noses with no oversight!

Simply as a result of convincing everyone that you don’t exist. Something they say the ‘devil’ is very good at…

Thank the Force for the science fiction writers who at least had the imagination (if that is what you want to call it) more like VISION if you ask me, to imagine WORLDS beyond this one… Where life is not only a reality but where all the drama we are told is reserved for this Earth, is actually occurring.

Writers such as Isaac Asimov and Arthur C. Clarke… and others.

And further, this idea that anyone who so much as questions, whether there might be visitors to our world, is instantly considered mentally suspect if not downright mad.  Brilliant.  Simple, even elegant in the masterful way.  The way in which they have managed to pull the wool over the eyes of the average human with such dexterity and ease.

It is just such a construct that gives us whistleblowers such as BeanoBlack. Someone who can be so clearly immersed in that program and either be such a consummate actor to be able to deny that other races exist and have been found, let alone found us… Or be simply, like a cog in a machine, be so thoroughly deceived himself, all the while tapping into such dark secrets such as planetoids that are being directed and redirected–in essence steered into our system to potentially wreak all possible havoc, i.e. targeting Mars (for example) while enthusiastically insisting that we are alone and further that no evidence exists otherwise.  Amazing.

And meanwhile we (our secret space program in defense of our world and those under our protectorate), will supposedly stand by and do nothing simply because they would have us believe there is nothing we or more accurately, they, can do!

For those who are awake enough to quibble that Mars is not under our protection so much as we are under theirs I do recognize this very real possibility.. especially since being told that PHOBOS is the command and control center for our solar system…

And with the above in mind let’s talk about Henry Deacon, Arthur Neumann going on stage at Awake & Aware and casually talking about the CORRIDOR to Mars and the world at large not paying any attention… Just contemplate what such a momentous occasion means in such a world as this, where very probably, well over 96% of the people never even look up let alone wonder what grand experiment they may be part of.

Please wrap your mind around this… because if he is telling the truth the implications for that 96% or more, are so vast as to turn this entire world upside down in one instant and throw everything they thought they knew into not just question but complete contradiction.

I urge you, not only to view his presentation but to share it with your friends, family and colleagues.  In the interest of waking up this world.

“You have come from the stars, and you will return to the stars,” as my good friend former Command Sergeant Major Robert O. Dean would say….

Go here to access the presentation by Arthur Neumann aka Henry Deacon.

A Note to the ‘League of Extraordinary Gentlemen’

I am well aware you are trying to intimidate my radio show guests, whenever you feel they need to be reminded of the big stick of the state and how much power you wield over them.

Feel free to contact me more directly and don’t be shy, I am happy to interview you.  Longevity should not necessarily translate into dominion over, child is often father to the man as we all know.  The souls you think you own are not yours and will one day break free of you…