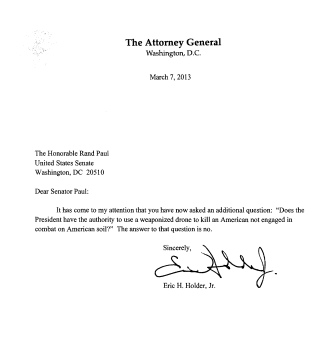 Well, then, we will hold this in mind going forward…

Dear Senator Paul: It has come to my attention that you have now asked an additional question: “Does the President have the authority to use a weaponized drone to kill an American not engaged in combat on American soil?” The answer to that question is no.