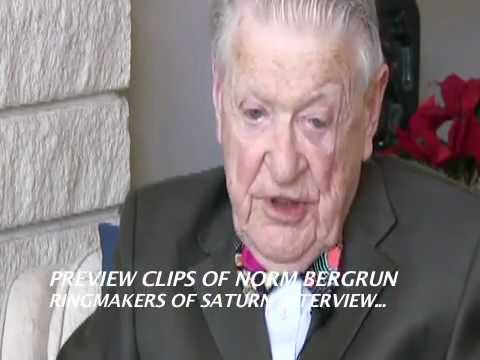 Here is a short raw preview clip of our upcoming interview release with Norman Bergrun, author of “The Ringmakers of Saturn”.

Until then, enjoy this preview: