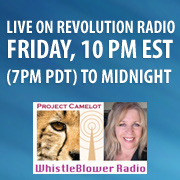 This should be a fascinating discussion if you read his bio he has been involved in above top secret aspects of government secrecy and also had life experiences that hint at MK Ultra type influences…”recruitment as “Patsy” by the self-proclaimed O.N.I. (Office of Naval Intelligence)/C.I.A./Mossad (Israeli Intelligence) Triumvirate”…Worked for D.O.D. Library System (Presidio, San Francisco) as a Military Reference Technician, Recruited by O.N.I. and eventually became a “high-skilled/high-payed/high-risked Mercenary [under] Security Enforcement Contracts”