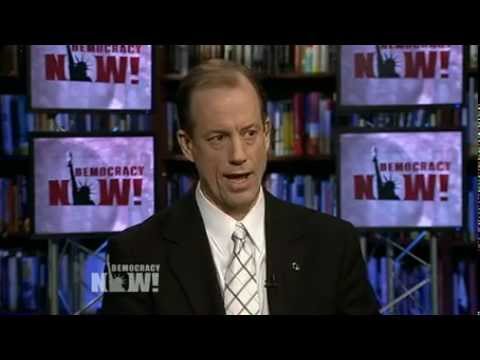 Click here for the Democracy Now Report from May 18, 2011

This report dated May 18th comes of no surprise to those of us who deal with whistleblowers from above top secret however it is notable in that it brings into focus how a crackdown on revealing truth about violations within standard Matrix government also reveals a corresponding crackdown on all whistleblowers.  It is obvious that any attempt to prosecute whistleblowers from black projects (top secret and above)  would simply reveal that such projects exist and this they cannot have.

Place this report next to the recent lawsuit against Bill Brockbrader and Wolf radio and it immediately becomes clear that this may even be some attempt on the part of the Matrix government (by that I mean the surface government not to be confused with the REAL SECRET GOV operating with impunity without regard to protocols that demand representing the  "People") to cross the line without appearing to do so.  Again, as mentioned below in my statement "CAMELOT'S STAND ON THE MATTER" (see March 23) this attempt to prosecute a whistleblower by attempting to prove his above top secret unit (SEAL  Team Nine) does not exist is an exercise in futility on their part.

This brings one around to the GARY McKINNON case where the government, again Matrix gov, crosses the line into the Secret Gov and does their bidding without quite knowing what they are supposed to do… and McKinnon, sadly, following the advice of counsel fell back on a defense of "aspergers's syndrome" for his defense tactic when taking the high road and emphasizing what he REALLY FOUND which was clear evidence of A SECRET SPACE PROGRAM that included off-world fleet to fleet transfers of materials and lists of officers apparently assigned OFF-PLANET.. that line of defense WOULD HAVE BEEN SO MUCH MORE LIKELY TO GET HIS CASE DROPPED simply because in prosecuting they force the issue of revealing the above top secret world they so desire to KEEP SECRET.  You see the problem?

So herein is the dilemma that whistleblowers coming forward now face and that the Secret Gov must handle because once a person becomes public it is not so easy to simply 'knock them off'.  Indeed what recourse do they have?  The Secret Gov must act without revealing its true nature or mission and that requires of course, using the Matrix gov patsies to do their bidding without knowing what or why they are doing what they are doing!  An interesting quandary.

The bottom line here is two-fold:

1.  The truth is coming out as part of the WAVE OF AWAKENING that is in part being stimulated by the incoming energies to our solar system and corresponding repair of DNA taking place in humanity's genome.  This is happening simultaneously, that is the awareness reaching the hearts and minds while their DNA repairs itself in a sea of energy that even HAARP and chemstrails and bad food and water cannot contain…

2.  The Secret Gov is attempting to clamp down the lid on Pandora's Box all the tighter while desperately trying to keep their very existence SECRET.  Not an easy task.

Where is this leading?  Well to a CLASH OF CIVILIZATIONS where on the one hand the Secret Gov/Secret Space program ROGUE WORLD is fast colliding with the MUNDANE MATRIX GOV/ PROGRAMMED SHEEPLE contingent who are waking up at an astounding rate and no longer willing to be "managed"…

Watch as this cross-over begins in earnest because it is starting to happen NOW.   This IS THE CONVERGENCE of TIMELINES.. this is where the Earth entity and Humanity as One BEGIN TO COME INTO SELF REALIZATION.  As this happens and the chakras of Earth and Humanity open and CONNECT… resulting in a gradual but permanent state of enlightenment also known as "Ascension".

It is however important to note that this awakening and corresponding MERGE is not going to come easily or without pain to both sides… The force of resistance increases with respect to the FORCE OF CHANGE… and some sparks and the sound of things smashing together is unavoidable as long as the force of status quo refuses to acknowledge it's shadow self also known as "the light".  This will be accomplished regardless of their preference.  However note it may take longer and look like the dark side is prevailing for longer than one would wish simply because they are going to fight so hard against it.

CAMELOT AND OTHERS LIKE US ARE THE BRIDGE that smooth the way between two opposing forces… the Dark/Secret Cabal/ NWO / Reptilian Overlords and their sleeping minions and the AWAKENED ONES… who are spawned out of our revealing the truth behind the Matrix.  We are the avant guarde in a very real sense and those on the dark side on the highest level know that they NEED US to provide the bridge and open the door between the worlds.. because even they know (at least the wiser among them) that their days are numbered and they cannot survive even in BODY without becoming part of the CONVERGENCE….

You might envision a narrow path between two great moving walls coming toward each other head on… eventually the walls will meet and the CLASH OF TITANS will be heard round the world and beyond.

While watching a FRINGE EPISODE detailing the drug they call "cortexiphan" which removes limitations from brain thus changing the way one thinks and therefore changing reality… It occurred to me that this is another way of understanding converging timelines.  That is, that what we are experiencing is actually simply the converging of multiple realities revealing our multiple selves.  This results in a kind of 360 type peripheral view being nonstop…unlimited creating sense of wholeness.. of completion.  Which would result in a kind of transcendence.  Because likely, the sum of all our selves is greater than the whole…

This may be the true meaning of ascension.

CLICK HERE FOR THE PROJECT CAMELOT INTERVIEW WITH GARY McKINNON

THE PLAN: AMERICA THE CONSTITUTIONAL REPUBLIC