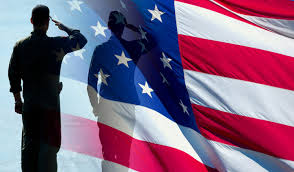 If you are outraged by my interview with Bill Brockbrader and you don’t believe he was a Navy SEAL, I invite you to turn your analysis in the direction of the military authorities that you hold in such high esteem and entertain the notion that there is a parallel organization that is way above TOP SECRET that is working counter to your organizations.

This is the story that we have been exposing from the beginning of Camelot back in 2006.

I would also encourage you to read RICHARD DOLAN’S BOOKS: UFOs and the NATIONAL SECURITY STATE Volumes I & II… click here for those books…. as your primer to understanding how this black project community has been operating since the days of Truman and likely before that… Then watch every Project Camelot interview and read all the material from whistleblowers on our site. And then we can talk!

A lot of you are suggesting I haven’t done my research… actually I have and its documented all over Project Camelot. The trouble is… you guys are so busy taking orders you forgot to do your OWN research and free your minds from the Machine!!! This is your wake up call. Make of it what you will.

TRAVELERS DENIED ACCESS TO EU REGARDLESS OF COVID STATUS