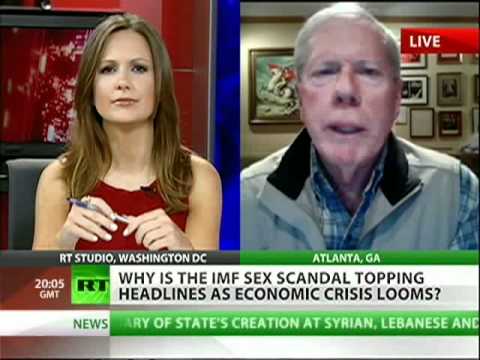 We are happy to announce that we have received a confirmation from David Wilcock that he will be added to our speaker line-up for the Awake & Aware 2011 Conference. Advance tickets are now on sale — just click the banner above to purchase!

Again, who benefits from having DSK (Dominque Strauss-Kahn) forced out? Apparently, the word is that he was a good possibility for the next French President and he was moving to regulate banks and according to a source, he was in essence trying to ‘raid the US dollar to save the Euro”. This is the real reason for the so-called sex scandal. Considering that these guys are regularly given access not only to top call girls but black magic rituals using children etc. The fact that he was targeted by a public scandal which forced him out indicates he lost favor with those behind the scenes who run the IMF….Rothschilds anyone?

However, it is also clear that whoever concocted the sex scandal was playing on a prior weakness (see wikipedia for history) in this regard… and that the U.S. certainly benefits from his removal. The question here is, whether in this instance we have the Rothschild-Bush syndicate working hand in hand on this or whether the Bush syndicate managed to intercede with the scandal in order to short-circut moves on the part of the IMF that would not be beneficial to the dollar or keeping Sarkozy in power.

It is also notable that Strauss-Kahn came out on the documentary INSIDE JOB with some clearly damning comments about the banksters here in the U.S. and their part in the financial crisis…

….”Strauss-Kahn made comments that could be perceived as critical of global financial actors, in an interview for a documentary about the Late-2000s financial crisis, Inside Job (2010). He said he had attended a dinner organised by former Treasury Secretary Henry Paulson in which several CEOs of ‘the biggest banks in the U.S’ had admitted they (or perhaps bankers in general) were ‘too greedy’ and bore part of the responsibility for the crisis. They said the government ” ‘should regulate more, because we are too greedy, we can’t avoid it.’ ” Strauss-Kahn said he warned the officials of a number of departments of the U.S. government of an impending crisis. He also said: “At the end of the day, the poorest – as always – pay the most.”[33]”–Wikipedia

click here for an RT youtube report on the IMF scandal and comments by former Assistant Treasury Secretary, Paul Craig Roberts. If you pay attention you will note he is revealing he knows that DSK was targeted and taken down.