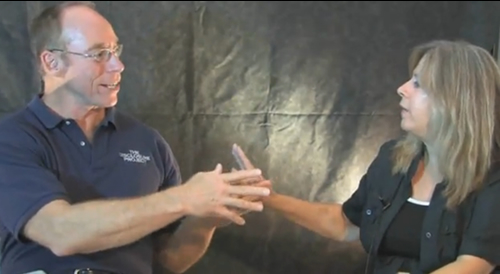 — The fact that you and I are still breathing the free air of Earth is abundant testimony to the fact that these civilizations are not hostile.

Dr Steven Greer of the Disclosure Project is almost too well-known in the UFO research community to require an introduction. His ground-breaking Press Conference, in Washington in May 2001, was one of a number of influential factors which inspired us to found Project Camelot five years later. Our intention was to support his initiative and add further momentum, and information, to the disclosure moment at a grass-roots level.

Yet, all was not well. Whenever a correspondent wrote to Steven Greer asking him about Project Camelot, they received a standard letter back from his office stating that Project Camelot was disinformation. And despite being extremely accessible on the UFO Conference circuit over the last three years, we had never once had the chance to meet or speak with him.

Since we were all attending the Barcelona Exopolitics Summit in July 2009, we were looking forward, at last, to the opportunity to talk. More than one person in his entourage was also supportive of our meeting, as they themselves had been following Camelot’s work for long enough to know that our intentions were honorable.

However, Steven Greer ignored us, and declined to appear at the pre-conference panel discussion which we had been specifically invited to Barcelona to moderate. Disappointed, we attended his main conference presentation and heard him state explicitly (as he has done on many public occasions) that all the ET visitors were friendly.

In response to this, we made a statement on the ‘What’s New’ section of our site, making clear our disagreement and that this unilateral position was, in our informed opinion, dangerous and premature. We had only weeks previously been explicitly told by Dr Pete Peterson that most ETs were friendly, but some were not, and that was the main reason why he continued to do work for the US Government. We spent two full days talking with Dr Peterson on this and other topics: what he revealed was compelling to us, and rang true. Click here for a four-minute extract of Dr Peterson’s testimony to us on this subject – which could not be more important.

After we had stated our opinion on our site, we were approached by Dr Greer’s PR representative and were informed that he would do an interview. What you see here was hastily arranged, for which we apologize. We needed to catch the moment while it was available.

What you will see in this 70 minute video is an impassioned, articulate and intelligent discussion which has as its central theme the most important question that may be faced by the human race: Can we trust ALL the visitors to Planet Earth? To risk a simplistic paraphrase, Dr Greer says Yes, and Project Camelot says Not Necessarily.

The debate is well-informed and vigorous. We thank Dr Greer for appearing with us, and he gave a good account of himself. And so did we. Enjoy… and we would like to emphasize again what we stated clearly in the video: that none of us can know with certainty the agendas of all the many visiting ET races, and to presume that one does may be irresponsible and premature. Informed by what we know, we stand by that view – and we look forward to further discussion as more information continues to become available.